Is bigger really better?  In Hollywood, many think so given the enormous amount of big budget films that are grossly over produced. Sorry ladies, if you thought this review was going somewhere else.  Anyway, the fact of the matter is, with any “popcorn” flick, you will get a fare share of action sequences and gratuitous drama.  The trick is finding balance between that said action and drama, a task that many writers and directors fail at miserably.  So, when I see something like “Sherlock Holmes – A Game of Shadows,” my first thought outside it being a shameless sequel is whether it will do enough to keep me entertained for two hours?

Picking up…almost directly after we last left off in 1891, we find Sherlock Holmes (Robert Downey Jr.) defusing another crisis, this time a small bomb within a package that his good friend Irene Adler (Rachel McAdams) unknowingly had just handed to Dr. Hoffmanstahl  as payment for a job he was set to do.  Clearly Adler’s own boss, Professor Moriarty (Jared Harris) had other plans for Hoffmanstahl, so when he learned what really happened, he quickly disposed of Ms. Adler sending a clear message to Holmes. Unwilling to accept this turn of events, Holmes begins to look into Moriarty and a host of unrelated criminal activity. But, when Moriarty threatens Holmes partner in crime, Dr. Watson (Jude Law) and his new bride Mary (Kelly Reilly) on their honeymoon if he kept interfering, everything changed.  Not only did Moriarty increase the target on his back for Holmes, he made a new enemy in Watson. The dynamic duo vow to end this threat of Moriarty once and for all, unleashing a series of unprecedented events that only could be found in a “Sherlock Holmes” film.

Who was in it?  If you saw the first one, you pretty much already know, but outside of Robert Downey Jr. and Jude Law, this cast was relatively new.  Sure, Kelly Reilly was back as Watson’s wife Mary, but who cares. She makes no impact and is not supposed to. Either did Rachel McAdams, whose very own Irene Adler was barely in this one.  So, it was one again left up to the famed duo to bring the house down and they did.  I never thought I would enjoy Jude Law as much as I have in this series, but his own Watson is fun to watch. You forget you’re watching Jude Law and that’s cool given some of the bigger roles he has carried in the past.AsI have often said with Law, we don’t see enough of him, so it’s nice to see him do so well in a film like this.

He and Downey are truly a nice match on screen in almost a “bromance” kind of way. And that’s OK given the subject matter and theme of this series, which seems to only be getting better.  One reason for that is the extreme talent of Robert Downey Jr., who once again took this story and made it his own.  Downey is Sherlock Holmes and Sherlock Holmes is Downey, so don’t even try to think of anyone else that could have played this role better. And what I like is how fresh it all seems when Downey walks into frame on the big screen. That’s to the actor’s credit, who has somehow managed to make this edgy character just as good as the one he plays within the “Iron Man” films.

A Guy’s dream continues – In this case, that Guy is Ritchie or that Ritchie is Guy. Either way, he’s made the most of this opportunity, which I originally thought was a gift given his ridiculous resume. But, Ritchie has done well here and he should be given credit as I doubt many directors would have the courage to do some of the things he does behind the camera with the action and drama. And the best part is, Ritchie’s style is unique and something we don’t always see, making for an easy change of pace for the average moviegoer. Sure, he’s not perfect, but neither is Martin Scorsese, so I think you at least have to see Ritchie’s films for what they are. That’s what I have done, at least with “Sherlock Holmes,” somewhat erasing the fact he was the man behind “Swept Away,” a film that frankly doesn’t even deserve to be mentioned outside of this sentence. Nevertheless, Ritchie has moved on and I’m glad as it’s been fun to endure this series, which I hope will continue for a third installment.

Bottom Line – Expectations can be a funny thing, but if handled the right way, can be the most crucial aspect of the entire movie going experience.  That couldn’t be truer than with a film like “Sherlock Holmes – A Game of Shadows,” which does anything and everything it can to entertain you. That’s good and almost should be a prerequisite for this genre, which tends to carry more bad seeds than good. 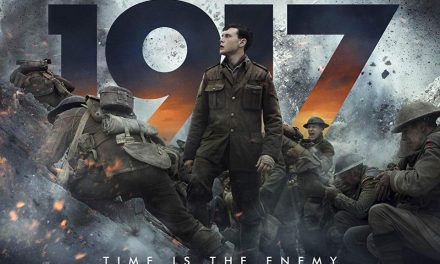