It’s 1972 and when Black Dynamite (Michael Jai White) finds out the mafia killed his brother he declares war on those who sell drugs to the community.  Armed with a nickel plated .44 revolver, a wink, and a smile, Black Dynamite takes his war all the way to Kung Fu Island where he opens up a vast conspiracy against the Black community in America.

As a huge fan of the genre, I can rightly say that Black Dynamite, as a blaxploitation parody hits it all and hits it right. Of course borrowing heavily from Rudy Ray Moore films and doing it skillfully is a difficult way to go wrong.  Michael Jai White rolls up Shaft, the Mack, Dolemite, Hammer, Slaughter, and Black Belt Jones all into one, but comes into his own as a blaxploitation character.  Actually Bullhorn (Byron Mills) plays more like a direct parody of Dolemite.  Either way I had a shitload of fun picking out the classic blaxploitation parodies along with enjoying the crazy nunchuck saturated kung fu action.  Even the original soundtrack is reminiscent of Curtis Mayfield’s Superfly soundtrack with lyrics on time with the film.  This movie really doesn’t miss a beat and had me rolling with laughter from start to finish.  If you pass a chance to see this film there will be a gaping hole in your life that will not be filled until you see.  I saw it and now I want to see it a million more times. 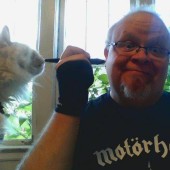 From independents with shoe string budgets to huge mainstream blockbusters, I watch and review any kind of film. I've written over three hundred film reviews in the past two years for my Myspace and Blogspot blogs and hope to expand my readership. I have two bachelor's degrees, one in English and the other in philosophy. I focus on how a film tells a story and what themes it tries to convey.