I would think one of the least controversial statements I could make is that Charlie Chaplin is the greatest thing to happen to the movies since the invention of the camera. But is it really? I suspect Buster Keaton fans might get mad at me. Chaplin, they would say, was too sentimental. His message was too heavy. He wanted our hearts to bleed for him. Strangely that is exactly why I consider myself a Chaplin man. But then there are D.W. Griffith devotees (of course I’m making a large assumption that people today know who Keaton, Chaplin and Griffith are. Personally I don’t think they do). They might say Griffith gave us today’s film language. They are right. But, I’m stubborn. I still think Chaplin is the greatest comedy filmmaker of all time.

Many critics and the public feel “City Lights” (1931) is Chaplin’s greatest film. Film critic Roger Ebert wrote; “If only one of Charlie’s Chaplin’s films could be preserved, “City Lights” would come the closest to representing all the different notes of his genius.” On imdb.com the film is ranked 71 in their top 250 list. I never felt this was Chaplin’s best film. My favorite has been “Modern Times” (1936), his film about the dehumanization of man.

Many people cite the Chaplin character, “The Tramp” was a loner. But I never felt that description painted an accurate portrait of the character. And I think “City Lights” proves my point. Yes, The Tramp was a loner. But, it doesn’t mean he didn’t like people or want to participate in society. The Tramp didn’t have “Greta Garbo syndrome” (I want to be alone). Most people say it was Keaton who wanted to be an activate member of society but Chaplin was an outcast. I find this misleading. In “City Lights” The Tramp falls in love, he wants respect from his peers and he even gets a job to help the poor Blind Girl (Virginia Cherrill). He even gets a job in “The Circus” (1928) and “Modern Times”. It was society which shunned him because of his appearance. I feel this point hits home with the Millionaire character (Harry Myers) who only likes The Tramp when he is drunk. Once he is sober however he doesn’t recognize him and wants nothing to do with him. The one person The Tramp falls in love with is a blind girl. The nicest person to The Tramp is the one who can’t see him, therefore can’t judge him based on looks but what is in his heart.

If you’ve never seen “City Lights” the movie follows The Tramp as he falls in love with a Blind Girl who sells flowers. She thinks The Tramp is rich because she mistakenly believes she heard him exits a car, while she sits on a sidewalk corner. He buys a flower but soon the real owner of the car leaves, making her think The Tramp has left. At this moment Chaplin has become smitten with her. He vows to help her restore her sight by saving enough money so she can go to Vienna where a doctor has found a cure.

Along the way he meets an eccentric millionaire whose wife has left him. This leads him to want to commit suicide, which is how he and The Tramp meet. They become quick friends and go out drinking and to parties. But once the millionaire is sober, he wants nothing to do with The Tramp.

These two scenes illustrate the importance of Chaplin and his great genius. It demonstrates why Chaplin is the greatest comedy director and what he taught all of us that want to make comedies. Chaplin had that rare gift of finding humor in serious situations. He taught us never get too serious on your audience. Even in our darkest moments there is always room for humor.

In the scene when he meets the blind flower girl Chaplin tip toes to sit down near the girl so he can sit and admire her. She gets up and walks to a water fountain, which is next to The Tramp, to clean her flower vase, she empties the vase by throwing the water from the vase in The Tramp’s face. Here we have a very tender moment and just as we settle into it, Chaplin pulls the rug from underneath us and throws in a joke. Chaplin taught us the unexpected is funny.

The sequence with the millionaire committing suicide is funny because Chaplin takes a serious subject; suicide, and turns it into a very funny sequence. At first The Tramp pleads with the millionaire not to throw away his life. This of course is ironic that a poor homeless man should tell a wealthy millionaire life is worth living. “Be brave! Face life!” is The Tramps words. But the millionaire wants to continue with his plans but accidentally ties a noose around The Tramp’s neck which is tied to a rock which the millionaire throws into a river causing The Tramp to fall in. But tackling serious subjects was not something new to Chaplin. Look at what he does in “The Gold Rush” (1925). What artist has made hunger appear so funny? Remember the scene where Chaplin eats a shoe? In another form that could a very, very melodramatic scene but Chaplin makes it funny. The same with this suicide routine.

The movie is probably best known for two sequences. A boxing match between The Tramp and a heavyweight. The Tramp, needless to say, is afraid to fight the much stronger man, so he uses his speed and wits to his advantage by hiding behind the referee. The sequence is a kind of comedy ballet. Pay attention to Chaplin’s rhythm.

And the ending is usually cited as Chaplin’s most heartfelt and emotional. Some even say it is one of the greatest endings of all time. The Tramp meets the Blind Girl, who can now see because of him. At first she doesn’t recognize him but after touching his face instantly recalls who he is. We can sense a feeling of heartfelt sympathy and gratitude on her face. It is all because of this man she can know see. On his face we detect a bit of shame. He’s not the man she was expecting. There is a moment where he is afraid how she will react. Will she too disregard him?

The idea of falling in love with a blind girl was actually not a new concept. Harry Langdon faced a similar situation in his comedy masterpiece “The Strong Man” (1926) directed by Frank Capra. Though Langdon doesn’t go to the level of pathos Chaplin does. Langdon focuses on comedy. I’m willing to bet Chaplin saw that movie and became inspired by it as he saw the dramatic reach for the situation.

By the time “City Lights” was made Hollywood had converted to making all sound pictures. But Chaplin resisted. He thought sound would diminish his character and make him all too real. Though the movie does use sound, it has a musical score, actually it is one of Chaplin’s best, and some sound effects. The opening sequence involved the unveiling of a statue called “Peace and Prosperity”, which is where The Tramp is sleeping. So much for “prosperity” huh? The sound effects are heard from the politician’s mouth as he gives a speech. This is two-fold. On one level it seems like a dig at sound movies exposing their limited appeal. English language movies can’t play in other countries. But it is also a joke on politicians who really don’t say anything important anyway. What was true then is true now.

Those seeking to expand their interest in cinema and become more familiar with the classics would be doing themselves a big favor by watching this. 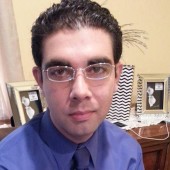 I am a Columbia College of Chicago graduate. I studied journalism and film theory. I consider myself a movie buff and try to watch as many films as I possibly can. I tend to have a stronger appreciation for cinema from the 1920s-1940s. Favorite Movie: The Bicycle Thief Favorite Directors: Ingmar Bergman, Eric Rohmer, Woody Allen, Francois Truffaut, Luchino Visconti, Bernardo Bertolucci, Claude Chabrol, Martin Scorsese, Charlie Chaplin and Istvan Szabo