Disney Magic is Back

Disney has dispersed its good old magic with its latest princess story The Princess and the Frog. This charming retelling of the Frog Prince captures audiences of all ages. Disney’s decision to return to 2-D animation did not disappoint. It has left everyone enchanted. Princess Tiana is the princess of recent times. She represents a hard-working woman trying to stand out in this world. Disney princesses in the past have been known to have a wish in their heart, meet Prince Charming and live happily ever after. What makes this Princess unique is her motivation and dedication to standing on her own feet. When she meets the prince she finds he is not perfect (as most of Disney Princes project themselves) and neither is she (as most Princesses project themselves).

Tiana and Naveev learn from each other causing the chemistry between them to grow. The story teaches children, as Tiana’s dad states, wishes can not work on their own, you must help them along to make them come true. This gives a realistic view of what life is and how it works without removing the fantasy of the story.

Another notable ingredient in this smash hit is not only the historical factor of the first black princess but also its upbeat, catchy music scores. New Orleans gave Disney the backdrop for fresh new musical sounds in their soundtrack producing rich, jazzy songs such as Tiana’s “Almost There.” The songs featured will no doubt become Disney classics.

The Princess and the Frog is the first hit movie Disney has seen in a while. The best part is there is no age denomination. This film succeeds in bringing the child in everyone come to light and giving hope where there is none. This is not your ordinary children’s film and I recommend everyone rush out to see it if you have not all ready. This is truly inspirational in every sense of the word. 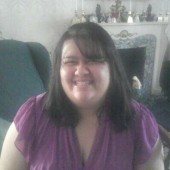 You Don’t Mess With the Zohan