Sometimes you don’t realize what you have until have it’s gone never rang more true than in the 1998 independent film Smoke Signals.  Directed by Chris Eyre, this comedy/drama stars Adam Beach, Evan Adams, Irene Bedard, Gary Farmer, & Tantoo Cardinal.  Although this film starts out in the Coeur D’Alene Indian Reservation in Plummer, Idaho, much of the film takes place in Phoenix, Arizona.

Living out in the Coeur D’ Alene Indian Reservation in Plummer, Idaho, Victor Joseph (played by Adam Beach) gets the news from his mother Arlene (played by Tantoo Cardinal) that his father, Arnold (played by Gary Farmer) had passed away.  As a result, Victor decides to travel cross-country to Phoenix, Arizona in order to not only retrieve his father’s ashes & things, but also to bring closure to his life.  However, since he doesn’t have enough money to get there, he decides to bring along his on again/off again friend, Thomas Builds-the-Fire (played by Evan Adams).  Even though Victor sometimes treats Thomas like crap, Thomas stays by his side, regardless.  For example, Victor tells Thomas that he doesn’t want to hear anymore of his stories.  Also, while he is driving, Victor & Thomas get into an argument regarding the kind of man Victor’s father, Arnold, truly was.  As a result, the arguing causes them to get into a car accident. When they arrive in Phoenix, Arizona, they run into a friend of Arnold, Suzie Song (played by Irene Bedard).  She tells him that his father wasn’t the person Victor thought he was & that he was a good person.  Victor gets his father’s ashes & carries out his final wish, which is to throw the ashes into the river.  As a result, Victor feels vindicated, not only because a heavy burden has just been lifted, but also because it has brought closure to him during his soul-searching mission.

One aspect of the filmmaking, which I thought was a nice touch to this film, was the direction they decided to go in this film.  Instead of it being a drama only film, I liked how they added comedy to it as it broke up the sadness usually brought on by a drama.  For example, I liked the segment early on in the film with the guy giving to local traffic/weather report.  The thing that makes it funny is that the guy is giving a traffic report, even though they are in a deserted area, where there are practically no cars passing by at all.

The other aspect of the filmmaking, which I thought was simply incredible, was the photography.  The shot I am referring to in particular occurs at the end of the film when Thomas goes home to his mother & begins to recite a poem.  As he starts to recite to poem, the shot cuts to a gorgeous view of a river (perhaps the same river where Victor threw his father’s ashes) surrounded by the valley.  I thought the view was unbelievable & the perfect way to end the film.

My overall reaction to this film is that I thought it was an excellent, heartwarming movie about a man having to deal with not only his friend who likes to tell stories, but also with the loss of his father.  As if dealing with the loss of his father wasn’t enough, he also has to understand why his father wasn’t much of a father.  I would recommend this film to anyone who may be in Victor’s shoes since they may be going through the same ordeal.  I also think Adam Beach did an excellent starring performance as Victor, while Evan Adams & Irene Bedard did a wonderful supporting performance as Thomas Builds-the-Fire & Suzie Song.  I think the one message this film is trying to make is, don’t hold a grudge & treasure those around you because once they are gone, you will never, ever be able to see them again.  Even though Victor wasn’t able to make peace with his father, at least he was able to do that with Thomas after they came back from their trip.  Finally, although Victor wasn’t able to say goodbye to his father, at least he was able to carry out his last request, which, in a way, did help Victor come to closure with his father. 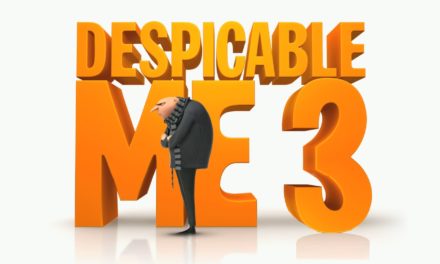 “Despicable Me 3”: More of the same. Only not enough of it.

Oscar Watch- Winter’s Bone- A bit too cold to the bone….