If you decide not to watch the story of NFL rookie, Michael Oher, then you are as blind as the side of the quarterbacks he protects. Staring Sandra Bullock, Tim McGraw, and Quinton Aaron, The Blindside, serves as a dramatic-comedy with a strong message. See in the early 2000s, this movie shows how and where Michael Oher came from to get to the NFL.

Entering his junior year of high school, Michael (Aaron) or “Big Mike” as he is referred to, has had a very unpromising life, mostly spent walking around in the same clothes. While walking in the middle of a cold, winter night, The Tuohy’s (Bullock and McGraw), see the freezing Oher, and bring him home for the night with them. Originally having doubt, The Tuohy’s come to love Michael and invite him to live with them permanently. Hiring professional tutors, Michael is able to get his grades up and play football his senior year. He excels, but with difficulty, and accepts a scholarship to play for Ole Miss. This draws controversy from others, as The Tuohy’s alma mater is Ole Miss. Thus, making you question why the Tuohy’s did what they did for this young man.

After a strong, comeback performance in The Proposal, Bullock has done it again in The Blindside. The supporting cast’s efforts were strong, but Bullock’s act as a rich, stubborn, southern woman stole the show. Her connection with Michael (Aaron) couldn’t have been any better. It’s hard to boss around a 6’4”, 310lb football player, but her fearless, controlling character would make a lawyer tell the truth.

While watching this movie, I had an idea of what it was going. I am quite familiar with the Michael Oher-Ole Miss controversy from years back. However, the direction this movie went in and the relationship shown between characters, brought in a bit of am unexpected twist towards the end.

If you love the game of football, and are expecting another Remember the Titans or Friday Night Lights, then this movie is not for you. Although, if you are interested in seeing a story about an underdog at life, overcoming adversity with plenty of laughs on the way, you will enjoy this movie. I enjoyed this movie and couldn’t have asked for a better ending. The whole family will enjoy this on 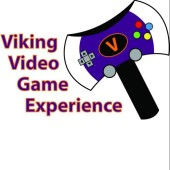 Have a passion for all movies. Seen them all and ready to share my opinions.