Red Room is a Japanese horror film from 1999 about four people that meet up in a “red room” to play “King’s Game.” King’s Game is played with each player drawing cards, these cards either has a king’s crown or a number between 1 and 3 on them. The person who draws the crown is in control of the game and decides what is to be done for example, the player with the crown card says that the person with the number 1 card and the person with number 3 card have to kiss each other for 5 minutes. Believe me when I tell you that things do get much more bizarre and grotesque than just a simple kiss. Players are either disqualified because they do not complete the task or they are killed. The game is also being played in front of cameras with the controller of the game watching to make sure the game is being played right. The game tests how bad these people are willing to be in order to win 10 million yen and to what grotesque lengths they will go and what limits they will push their fellow competitors to as each of these people have their very own reasons why they need this money.

Japanese horror has always drawn me in ever since I took in my first film. Japanese directors will go places that most American directors do not have the guts to go. Their are no boundaries for Japanese directors and Red Room is yet another example of that. This is a film that definitely falls into the “torture porn” category and it takes a very sick or at least open minded individual to make it through a film like this. A film like this definitely makes you question what goes through the mind of a director like this to go to the lengths that he went in making this film. I will not look at a typical household item as simple as a light bulb or a screwdriver the same way after watching this film.

There really is not a whole lot to be said about this film it’s one of those that you just have to see in order to understand and I don’t want to say a whole lot about the film because it will give too much away. While watching the film you will question yourself and wonder why you are still sitting there watching it and at the same time you will not be able to look away even though at times you want to. The film is very low budget and it shows at times but it’s also a very well done film and the four characters are intriguing enough to make you want to continue to watch and see exactly what they are willing to do as they all have good reason for needing this money. Would I go to near the lengths they go? Heck no!! But as gross as it is it is quite interesting to see what these people are willing to do. It is a very sick film but with a 68 minute runtime it does go by quickly and if you are like me curiosity just killed you enough that you had to go give it a shot. I’m one of those willing to give anything a shot once and if you are like that too then this is worth at least one viewing but you may not want another one after.

I'm a huge movie fan that can sit around watching movies all day long if I could. I think it would be amazing to find a job where I got paid to sit around and watch movies all the time. That's why I'm pursuing something in the film world. Preferably a movie reviewer, something that I know takes time and work to get to, but I'm willing to put in the work and receive any feedback I may need to get me there. My favorite directors are: Quentin Tarantino, Martin Scorsese, David Lynch, The Coen Brothers, Robert Rodriquez, Guy Ritchie My favorite actors are: Brad Pitt, Heath Ledger, Christian Bale, John Cusack, Paul Newman, Byung Hun-Lee My favorite movies are: Pulp Fiction, The Shawshank Redemption, Fight Club, Reservoir Dogs, Oldboy, Psycho, Rear Window That's just to name a few of each category. I've recently begun broadening my horizons in the classic films. I've been watching a lot of Alfred Hitchcock films in particular. But over the past few years I have extended out to foreign films and I absolutely love Asian films. I can't get enough of them. Directors of Asian films seem to not be afraid to let it all hang out. They show pretty much anything in their films. Some things you will never see done over here in the states. Well, that's enough about me. Feel free to leave any comment about my reviews. I would appreciate any kind of feedback from you on things that I can improve on to become a better reviewer. I would like to thank you ahead of time for this feedback. 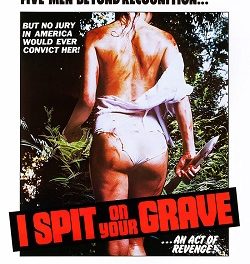