First off, I must admit that New Moon is one of those movies that triggers my gag reflex, but I went and saw it anyway. Bad move? Probably, but I’ll bite the bullet on this one if only to educate you people on whatever they call pop culture these days. Granted, I’m not a 14 year old girl, so whatever the big deal of this movie is supposed to be is lost on me; basically a bunch of teenage boys run around with their shirts off and all the girls in the audience sigh….or something like that.

Second off, this isn’t a particularly shining example of good film making, by any stretch of the imagination. I don’t care if you are a 14  year old girl, there’s nothing really worth seeing here. Its predictable, poorly acted, long, and sappy as hell. Its kind of sad that some people actually think this is good or the fact that it takes itself so seriously. I guess that doesn’t matter though, it will still make a ridiculous amount of money and they’ll keep making more, and then the emo crowd will keep eating it up. The only thing that this movie teaches you is that whining about how much life sucks is cool. 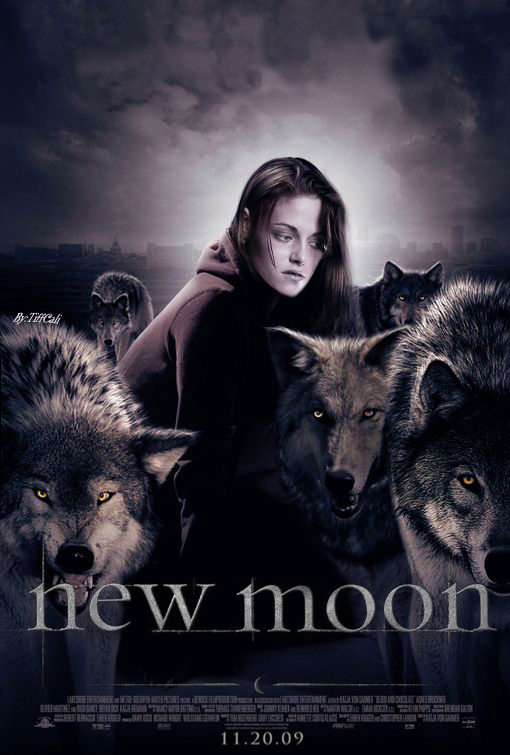 Acting: Kristen Stewart (Panic Room) is Bella here, seemingly keeping her mouth open the entire movie. The role just seems like a poor fit for her personality, everything she does in this movie is awkward or forced. Heaven forbid she smile once. Same goes for Robert Patterson aka “R Patz” (Harry Potter and the Order of the Phoenix) who besides making girls sigh is absent from most of the movie. Taylor Lautner (The Adventures of Sharkboy and Lavagirl) is on steroids playing Jacob. Fortunately he’s the only one that doesn’t threaten suicide. Dakota Fanning (War of the Worlds) is also here for approximately 2 minutes with 5 lines or so. Oscar nomination? (14/25)

Plot/Script: There’s less concern for character development here than there needs to be and more concern for getting teens to shell out $9 a pop to see it. If you ever wondered what a romance novel for teens would look like as a movie than this is it. I don’t quite know what to call it, almost-sexed up soap opera, but whatever it is, you could find yourself rolling your eyes at the predictability. At least they put in some funny parts for the rest of us, well if you don’t find the whole thing funny to begin with. (13/25)

Direction: The direction tries to make this movie serious even if everyone else involved isn’t. Director Chris Weitz (The Golden Compass) tries to set the tone here with a few overly dramatic establishing scenes, dark tones, and lots of close ups of people’s faces. The result is more added length to an already lengthy and drawn out affair. Originality is lacking, so you won’t be dazzled by fancy camera movements, or stunning scenery that enhances the story. At least everything is easy to follow. I haven’t (nor do I intend to) read the books so I don’t know how faithful the adaptation was, but I do know Weitz screwed up The Golden Compass royally. In other words, his film did not change my perspective on his work. (15/25)

Special Effects/Music/X-Factor: Trendy popular music trying to convince people to whine is present throughout, in short bursts between the “action”. But that’s expected. What’s not expected are the poor special effects. For a sequel to a movie that made a lot of money with the potential of making even more money you’d think they’d put a little money back in to make it look good. No. The only concern seems to be making Lautner or R Patz look good when they take their shirts off. It gives the film a amateurish feel, uncompleted. The X-factor? Shirtless brooding. (16/25)

What Kept Me Watching: They tell you at the beginning what is going to happen, so really you don’t have to watch the rest, but if you do you won’t have any problems understanding what is going on. Its also funny in parts.

What Killed It: You know at the beginning what you’re getting yourself into; bad acting, so-so direction, and lots of whining.

Summary: Shirtless men and pouting. A recipe for success!