It’s hard to express clearly in words the mumble of emotions conjured by this abnormal film. We are not the only ones befuddled by the strange occurrences on Summersisle that prove to be a pejorative spiral into damnation, for at the center of the strange happenings is the unassuming protagonist Edward Malus (Nicholas Cage).

To cut to the chase this film is an unsettling thriller centered around a policeman by the name of Edward Malus. His life seems to be a perfunctory one of taking tickets and the like until one day on his highway patrol; a doll is thrown from a window of a car. Grasping the doll and stopping the car he has a friendly exchange with the mother and the daughter that are within. The daughter explains that she was bored and thus she threw the doll from the window. Parting from the couple Malus begins to walk away from the car, when the girl throws the doll on the street again, this time the doll hurdling onto the opposite side of the highway. Happy to oblige Malus begins to pick it up, and is on the way back to the car, when a semi truck smashes into the car, consuming it in flames. In a frantic hubbub and afraid for the life’s of the passengers Malus bashes in the back window to get at the daughter, who mildly sits and looks at Malus from the car. Just as Malus bashes the window open the car, the car explodes and is completely overrun with flames.

Plagued by his dreams, Malus continues popping pills and is sojourning from his police work. All seems to flow in a nightmarish haze of reoccurring nightmares, until he receives a letter from his ex-fiancé willow (Kate Beahan), who claims that her daughter has been taken and she needs his help. Drawn by his undying love for her and the mystery of her home place, Malus sets off to accomplish his fate…

With some haggling Malus finally procures a flight to the secluded Island of Summersisle. Alighting on the Island, a queer feeling is evoked by the insidious ebbing towards an uncertain but seemingly damned finality. All the people dressed in homemade somewhat colonial articles and all suspicious, he is gazed upon with smirks and looks of suppressed malice. As he progresses he is lead to see that the island is a matriarchal society in which men are thought of merely as phallic symbols for use in pagan fertility celebrations. The men that are on the Island are senseless lackeys unable to voice a clear statement short of a groan or a cry. And as the insidious shroud darkens, Malus comes to see that Willow is not as unassuming as she leads on to be. Nobody is. This society has many secrets, none of which are pleasant and Malus discovers these… but in vain. Not before “the Wicker man returns”.

What a perturbing study of classic horror and thrill. The feel evoked from the film was one of mist and morose miscreant solitude that lurked around the trees and the forest. This dark cloud of pejoratives, of which the wind whisked along a convoluted copious crowd of whispers, on the heels of this thespian heroine.

Unbeknownst to me I watched the unrated version of the movie, I would have wished that the two were combined. For the unrated version features certain shocks that are lost in the rated version, and the rated version has an ending that doesn’t leave us abandoned like the unrated version does. The film is a change from what I usually expect from a thriller, although you don’t have to be presumptuous to feel the icy vibes of this film; for the soundtrack is superfluous with noirish reference that permeated the film and satiates the senses with a feeling of impending horror. Another thing that augmented this fact was the locations picked for this film. The woods scenes added a feeling that there may be some buxom colonially dressed women standing behind a tree with a hatchet, waiting for Malus. Everything proved to unsettle, but don’t expect a lot of non-stop action. The film could be viewed as slow to someone who is in to the high-octane thrill rides.

Anyway I would say this is an interesting study of classic horror. Imagine the movie The Bad Seed, but with an island full of such women and offspring, and you’ve got this movie filled with man hunting temptress’. 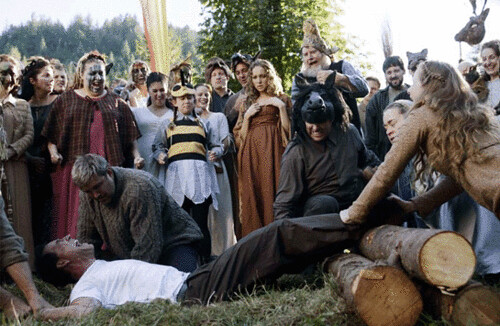 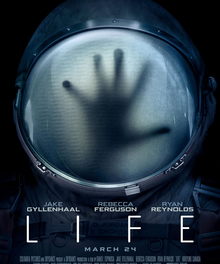