Galactic home run… Monsters vs. Aliens is out of this world

The recent DVD release of this animated flick from DreamWorks, “Monsters vs. Aliens,” made me giggle and laugh-out-loud not only once, but constantly.  Not once did I look at my watch to see how much of the 96 minutes I had left. That alone should be enough for a positive review, right?  Since most of you will watch along with a young viewer, you more than likely want to know if this film is adult friendly. Well, it is. The humor and slapstick comedy are enough that while the preteens are laughing at the silly, jiggling blob you can laugh at the hilarious reference to global warming.The story line is pretty straight forward. Earth is attacked by a big-headed, four-eyed alien named Gallaxhar (voiced by Rainn Wilson), and it is up to the U.S government to save the day. Luckily they have a group of super secret monsters that they have hidden away in a super secret military bunker that no one knows about, not even the president (sounds vaguely familiar to a little film called “Independence Day”, right?). Yes, even conspiracy theorists have their day! This motley crew is led by Dr. Cockroach, PhD (voiced by Hugh Laurie of `House’), a mad scientific genius, and comprised of The Missing Link (voiced by Will Arnett), B.O.B (voiced by Seth Rogan), Insectisaurus, and Ginormica (voiced by Reese Witherspoon). Ginormica is the newest addition to the monster clan just recently having been altered from a normal `bridezilla’-to-be, to a 50-foot-giant with super human strength, all due to her exposure from a falling meteor. Trust me on this; just go with it, ok? It works best that way.

Keep in mind that Pixar is still the king of movie animation, but this movie serves up a pretty decent portion of laughs thanks to B.O.B. He is a one-eyed, mindless blob who proves that even when it comes to monsters, ignorance is bliss. Seth Rogan was the perfect choice to voice this character due mainly to his ability to deliver lines with simplicity and plenty of lethargy. The other characters have their moments too, but bring little in the form of full-length humor. The flick is full of famous names (Paul Rudd, Kiefer Sutherland, Amy Poehler and Renée Zellweger), but none of these are stand-out performances.

“Monster vs. Aliens” was shot for a 3-D viewing option and I can see where certain scenes would work better in that aspect. I watched the film in a normal mode and it looked great, but if you get the chance to see it in 3-D I suggest you do so. The film is rated PG for science fiction action, some adult humor and a few bits of mild language, but don’t get me wrong, it is safe for all ages with only one or two potty-mouth jokes and a funny girly reference by B.O.B. If the word “boobies” is offensive to your family you probably have problems leaving your house to begin with and wouldn’t go to get this movie regardless. The rest of you can rest assured that you will have fun with it!

I give this 4.8 out of 5 jello molds (fun reference from the movie).  Again, enough laughs and kooky antics to make it worthwhile for a family movie night! 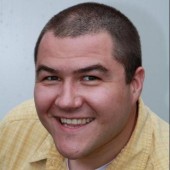 Stephen Taylor is a freelance writer from Minneapolis, Minnesota.