What is the Matrix?

Never before has a single question driven an entire movie so well, nor has the answer to said movie-driving-question ever been so intriguing. In fact, few movies have been as ground-breaking, original, and game-changing as The Matrix was when it opened in theaters a decade ago. It is a rare combination of jaw-dropping special effects, heart-pounding action, and a deep and involving story with equally deep and involved characters. Few movies before or since can compare on all these fronts. Literally, The Matrix was something that we had never seen before, and on that front I would not hesitate to call it one of the most important movies of the last 25 years, if not the most important film in the last 10 years. Of course, the endless slew of imitators following since its release and the not-entirely-up-to-expectations sequels (more on the way about that…) have watered down the movie’s impact, but still it is difficult to find a movie that is as entertaining on so many levels and can appeal to so many types of movie watchers.

No one can be told what the Matrix is. You have to see it for yourself…

Synopsis: The Matrix effectively asks (for the first time in any movie that I know of), what if the world around you was not real? What if you weren’t real? Thomas Anderson is a computer hacker known as Neo trying to figure out just that. Rumors aboud a mysterious “matrix”, which Neo eagerly wants to know more about. So much so that he is willing to wait at his computer night after night and trust a mysterious stranger named Trinity to get more information. Soon, he is in over his head. Suspicious government agents are on his tail and his computer programmer alter ego is compromised. With no other choice, Neo agrees to trust a mysterious man named Morphious, who introduces him to a world, “the matrix”, that he never could have imagined; a world, as it turns out, that is more real than real life. In this new world, Neo takes his place among a band of rebels, fighting for a humanity that is oblivious to its own complacency. Here he finds that his role is more important than anyone has yet to realize…

Acting: Perhaps the biggest weakness of this movie is the uninspired acting of Keanu Reeves (Speed) as Neo, but he does pull off the “cool” aspect necessary to make the movie work. Complimenting Reeves is Carrie-Anne Moss (Momento) as Trinity, who is thankfully not type cast. Moss’ character is a well rounded character with real emotions to contrast perfectly with all the computer-like-logic and cold visuals. Morphius is played perfectly by Lawrence Fishburne (Event Horizon) whose physical and emotional strengths give his character both the epic stature and grace befitting his character’s legacy. Fishburne embodies perhaps one of the coolest characters ever here. Finally, Hugo Weaving (V for Vandetta) puts in an epic and very memorable performance as Agent Smith, the adversary of Neo. He takes the stereotype of an up-tight unwaivering secret agent and turns it up a notch. The result is one of the most bad-ass baddies you’ll ever see in a movie.  (22/25)

Plot/Script: The plot is complicated, layered and not immediately clear to the viewer; and that is what makes it so entertaining. The point of a movie should be that you don’t know what is going to happen next, and The Matrix is so original in so many aspects that the plot twists and bends in ways you might not have even though of…let alone thought possible to show in a movie. The action, drama, tension, and even bits of comedy are woven together flawlessly. Everything oozes cool; not just cool in 1999, but the kind of cool that will remain so for years to come. Still, the complicated storyline and twisting story may put off a few. Also, even though the action is superb, this is not an action-driven movie like the sequels, which might cause some people to get bored, especially if they can’t piece together what happened….boo hoo. (24/25)

Direction: The Wachowski brothers (Speed Racer) are FX experts, and as such are perfect for putting an original spin on this already original premise. They play homage to Orson Welles’ sweeping and zooming cut shots (enhanced here with special effects), Terry Gilliam’s retro-future visuals, and even the grittiness of Darren Aronofsky. Still, they bring pleanty of originality that makes this movie both innovative and fun to watch. Overall the film feels well thought out and the direction never ceases to amaze you. The camera movements, action scenes, backdrops, and dramatic tension are all perfect examples of how to make a great story even better. The Wachowski brothers literally create something here that you’ve never seen before. Welcome to the real world. (25/25)

Special Effects/Music/X-Factor: The aspect of this movie that really puts it on another level are the special effects. The methods and efforts used to create the special effects in this movie were all cutting edge at the time, and they still hold up well today, 10 years later. Since the movie is driven so much by special effects, it is important that they are never compromised, and indeed the Wachowski brothers know exactly how to keep this from happening. On the flip side, the special effects should never take over at the expense of story and character development. Thankfully that does not happen either, something that cannot be said about the sequels. The bullet-dodging scene in particular is one of the most memorable scenes and showcases how special effects can be done right. The music is also memorable, perhaps one of the most easily recognizable in the last decade, a time when musical scores are being abandoned left and right. The movie also helped to popularize techno music, and its use to compliment the score gives the movie a tone befitting of its underground style. Originality and cool is the X-factor here. Whoa. (25/25)

What Kept Me Watching: Originality is everywhere; in the characters, the story, the special effects, and the direction. All of this makes the movie very watchable…its almost like someone thought about this one for an extended period of time before they made it….

What Killed It: So Keanu Reeves isn’t the best actor and a complicated story that is driven by a serious mind trip may not be what everyone is looking for in a movie.

Summary: Welcome to the Matrix; rebooting cool to the next level. 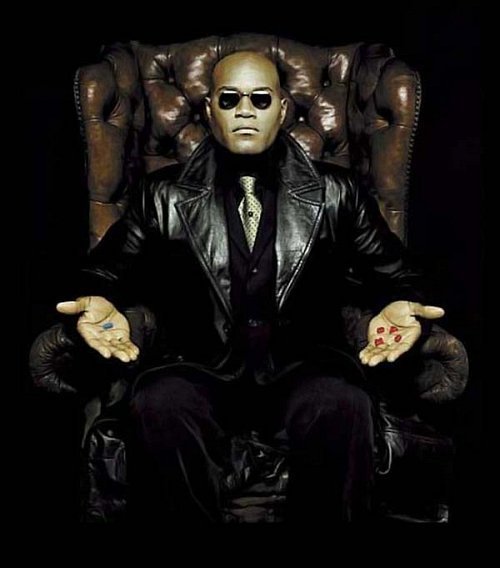