Another Halloween Review BY ++FeRn++

Let me begin by saying as a FAN,not a CRITIC, i really enjoyed this film.Reason being,i love old slasher flicks…the whole cliche’ ,chick getting chased by a knife wielding madman screaming profusely.I loved how Rob Zombie payed much homage to J.Carpenter.The story and writing as a whole was very splendid,minus the ending on my behalf.The effects were great,the gore was decent (i thought it could of been gorrier).I truly enjoyed how Zombie used a cast of old 70’s and 80’s film icons like Brad Dourif (voice of CHUCKY),Bill Moseley (Texas Chainsaw 2),Sid Haig,William Forsythe,and last but not least…Ken Foree (Dawn of the Dead).Plus more badasses like Malcom McDowell (Alex from A CLOCKWORK ORANGE).The child actor for the film was outstanding.I definately enjoyed this movie and i think you can too if you like old school horror brought up to a new level.Blockbuster Hollywood lovers beware….this film is for the hardcore fans…you may enjoy it,you may not.I hear mixed reviews.Don’t expect Jurassic Park nor Independance DAY…expect HALLOWEEN! 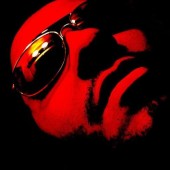 I'm humble and far towards all genre's of film.I have my distaste for both Hollywood and Indie.Yet a hunger for nothing but the best.Everyone's opinions differ,and i understand that.Hence,i try to be fair.Movies and Music are my life.I know my movies...i began illegally working in a video store at the tender age of 10.It was named "Sunshine Video".I would strut inside this video store everyday after school with my skateboard and just read the back of the film boxes like a little fiend,in turn,the young man at the store decided he could use me since i was there everyday.I was payed a dollar a day and a small lunch just to put movies up.The store closed a year later.I went on to work in 4 video stores in a span of 10 years.When i was 20 i joined the service and my film dreams were SMASHED.I'm back now to reclaim what i deserve!I know my MOVIES!---FeRn---