Well I was really hyped when I heard about this animated film. I love batman and I think we should make the most of DC’s Superman because he might not be theirs much longer … but any way on to the film.

SPOILER STARTS!
So it starts out with a little video intro with Lex’s campaign for the presidency, which for some reason finds the need to add some swear words that are bleeped out but still no real need. Lex now president decides he wants to bring some superheroes in to the service of the government. We find out that a huge meteor is heading toward earth and will most likely destroy it and Lex’s plan is to fire some nukes at it which obviously wont work.
SPOILER END!

Now I really couldn’t wait for this after Green Lantern: First flight. I was a bit disappointed. I though this would be awesome, but it wasn’t to be. Please don’t get me wrong, it’s pretty good, but I just think Wonder Woman has been one of the best so far. The story is simple,if not obvious, and a little bit all over the place. In parts you don’t really feel like bats and supes are public enemies. It just seems like it’s all villains wanting to whoop their butts–which I think is boring to be honest. But meh, I won’t complain. There is a good mix of heroes and villains. For some reason IMDB lists a load of character voices that I didn’t see or hear in the film so I’m not sure where they come from. I really liked the animation it was nicely done but I can’t really think of one that is bad, so…

Some of the Superman and Batman dialog is classic, and then I found some to be a little urmm… stupid, but the fights are cool. Batman’s are a lot better looking than Superman’s — which I found a little lame but cool in a Superman way.

So if you like your animated films, this is well worth a watch. I’ll give it a 8 out of 10

Thanks for reading guys I hope you enjoy

P.S im sure some will disagree with me but that’s cool this is just what I though of it .. 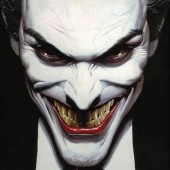