Besides her trademark hourglass figure spilling out of tight, beautiful clothing and getting a fellow co-star to “make her feel good”, Halle Berry’’s performance in Perfect Stranger is hardly her most memorable.

Rowena “Ro” Price (Halle Berry) is an investigative reporter angry with the publishing world for caring more about protecting the big boys than delving into the secrets that constitute good news. So she quits, only to be presented with the story of a career as a crime hits close to home, involving the murder of her childhood friend and an advertising bigwig, Harrison Hill (Bruce Willis). Helped along the way by her computer savvy/lovestruck best friend, Miles Hailey (Giovanni Ribisi), Ro tries to uncover Hill’s secrets and involvement in the murder by taking on a couple of personas as the new temp at Hill’s office and an online hookup. Little does she know, she’s not the only one keeping up false appearances. In the quest for truth, they all find out that someone they thought they knew well can turn out to be a “perfect stranger”.

Berry might be the big name draw of the film but Ribisi stole the show, acting wise. Through facial expression nuances, manner of speech, etc. Ribisi made his character believable. With Berry’s “Ro”, it FELT like you were watching a movie, like there was acting involved. You wouldn’t expect such novice work from an Oscar-winning vet. The brunt of Berry’s scenes was the camera panning up and down her body, clearly using her as a physical draw to the movie.

Willis brings cold yet charming life to his unfaithful character, Harrison Hill. Although he has a beautiful, rich wife at his beck and call, he opts to try and seduce every attractive woman he comes in contact with and tangles himself in a murderous situation. Willis does a great job in making a highly believable character that you want to hate because of his doggish ways but are drawn to nevertheless.

The plot covers plenty twists, turns, and “oh my god, she’s gonna get caught!” moments. Most worked out, but some weren’t executed as well as they could have been. The random moments of flashback that Ro has to go through are confusing to say the least. Of course they couldn’t be outright explained until the end of the movie, but the way they were placed still left you scratching your head and not in a good way.

One thing about the plot that can be appreciated is that it keeps you guessing and probably being wrong about everything up until the very last second. Nothing is at all as it seems. 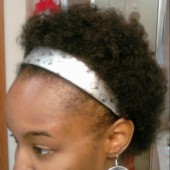