Zach Cregger’s Barbarian feels self aware in a way that it doesn’t explicitly state. Without calling attention to it, the film very deliberately sets up and works within horror movie tropes and then dodges down a different path. Over and over, sometimes quite literally. The movie twists itself up and restarts over and over. It feels fresh but also gimmicky and was why I both enjoyed, but couldn’t connect with it.

Tess (Georgina Campbell, Black Mirror: Hang the DJ) arrives at a Detroit Airbnb for a big job interview only to find it double booked with a mysterious stranger, Keith (Bill Skarsgard, It) who takes an unusual interest in keeping her there. Things go from strange to stranger when they explore the house and learn it’s twisted history.

Barbarian feels a lot like Don’t Breathe, first because both are movies set in the hollowed-out ruins of Detroit. Here the city is a character itself that guides their actions and creates an atmosphere where holes in the buildings can hide horrors. That it opens on the proverbial dark and stormy night only adds to the general sense of musty decay. But the overall tone is the same. They both fuse mainstream horror with a slice of the kind of sleaze and grotesquery you’d see in harder indie genre fair. This movie is polished, colorful and features name actors, it’s “safer”, which makes it’s turns toward oddities all the more jarring.

The film is structured like a  mainstream take on the single-location French masterpiece Martyrs where a duo getting revenge finds horrors in the basement of a house and twist after twist is unfolded. The biggest shocker in Barbarian isn’t what’s lurking in the basement, it’s a mid-film jump cut to another story so thoroughly conceived that it feels like we’ve accidently switched reels to another film. It will do this one more time before the film is up. The back and forth keeps things fresh and mysterious, but also keeps the film at arms length from the characters, halts the flow and pulls us out of the horror. Instead of unfolding the story in a more organic fashion it is more concerned with the mechanics of the reveals than getting into their headspace and establishing atmosphere. For horror, that’s usually a detriment.

Barbarian is an enjoyable, twisty little film that might prove a gateway into more iconoclastic horror. When it’s all said and done people will be talking about our titular basement dweller, but what makes Cregger’s film work so well is that the set up is just as intriguing as the payoff. The foundational premise is a relatable one with a movie’s worth of potential – a lone woman shows up at an Airbnb and finds it double booked by a mysterious stranger who tries so hard to not be creepy that he comes off as such (Skarsgard perfectly cast here, try).

Another thing I liked about it was how thoroughly it demolishes the “just call the cops” complaint in horror movies. Here, our heroine calls the cops and they think she’s crazy, threaten to take her in and do nothing to help. Cops to the rescue! 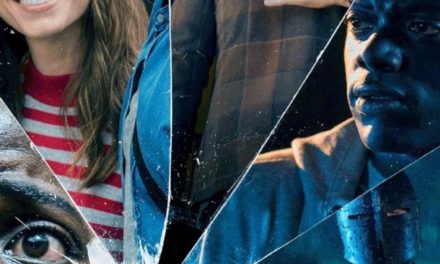