Abby (Kristen Stewart) and Harper (MacKenzie Davis) are a young couple in love, going strong. This year Harper plans to bring Abby home to visit her family during Christmas, and Abby plans propose on Christmas morning, but things quickly get derailed as Harper reveals she never came out to her parents (Mary Steenburgen and Victor Garber – always good) and Abby is forced to pretend to be her heterosexual roommate for the week.

Happiest Season is a cute, warm, lived-in Christmas romance starring two women I am a noted fan of (Stewart and Davis), even though they are routinely in projects that let down their talents, and surrounded by an excellent supporting cast. This is director/co-writer Clea DuVall’s baby and she builds it into something that is far richer and more substantive than your average Hallmark Holiday Movie, tracking an arc for just about everyone in the cast and giving each character a moment to shine.

This is a movie best viewed by first inspecting what it isn’t. It’s not a black and white look at a lesbian coming out to gun-totting, right-wing parents who spend the film dropping casual homophobic slurs and plan to disown her if she was gay. It is not political at all. It’s not driven by flat stereotypes. It’s a story of misunderstandings, expectations, parents and children and dynamics between parents and children as those children grow into adulthood. Abby and Harper are the center, with Kristen Stewart being the center of the center – most of the film tracking her conflict with Harper putting her back in the closet – but everyone here has a secret. When the movie climaxes in a family squabble it’s the result of a satisfying build up of hints DuVall has threaded all through the story.

One hint at where this movie could have gone is with Schitt’s Creek mastermind Dan Levy’s character John. He’s Abby’s terrible friend (and worse petsitter) who spends the first half of the film lecturing Abby on how she isn’t appropriately living every corner of her life to smash the patriarchy (without a hint of irony).  This character is in every movie now, it’s like a quota. Yet, DuVall and co-writer Mary Holland’s script course corrects this before the end of the film, giving John the movie’s best monologue.

Season is a bit choppy, it doesn’t quite flow and some of the jokes are just bizarre, ranging from over-the-top farce to small bits that feel like inside jokes. Its also kind of odd that the movie sets up a proposal climax and then sidestep it, presumably to sidestep the predictability of it – but that would have been satisfying. The movie lands in that vast middle space between the farcical Meet the Parents and the more muted Hollidaysburg (how’s that for a deep cut?). But overall, Happiest Season really works, capturing the spirit of the season and the awkwardness of meeting another family and getting wrapped up in their traditions. It’s an ok comedy, but a great ensemble character piece and a warm family vacation where DuVall keeps multiple plates spinning in the air at once. I’m always looking for a good Christmas movie to push The Santa Clause out of everyone’s annual rotation and this fits the bill nicely.

Undead Or Alive: A Zombedy 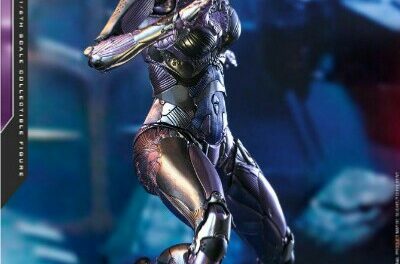