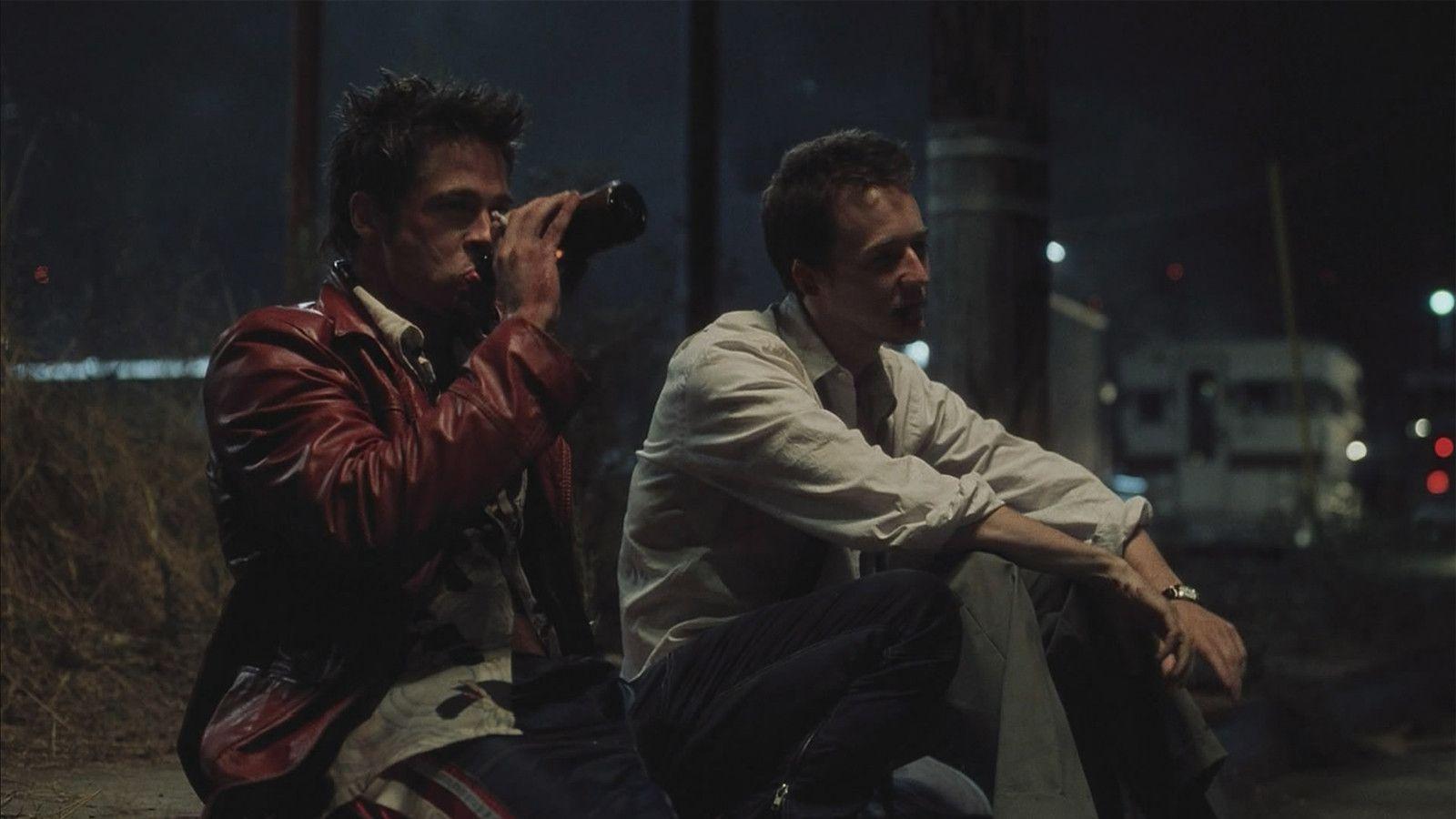 Days after subjecting myself to Paul Feig’s half-baked, totally idiotic Last Christmas another idea popped into my head that reframed this movie in a light that was even more curiously obtuse on the part of the production. In order to detail it and why this movie so fundamentally doesn’t seem to understand it’s own twist, but is merely following in movies that have done this more successful before them, we need to go in depth into spoilers.

Last Christmas, directed by Paul Feig and co-written by Emma Thompson, is a fluffy insignificant little movie that makes such a big storytelling mistake it has a huge donut hole in the middle of it. The movie follows Kate (Emilia Clarke) who goes on a journey through London the week before Christmas with a mysterious suitor named Tom (Henry Golding). She’s a selfish Judd Apatow-esque woman-child (the first use of that phrase ever) and he’s the gender-flipped Manic Pixie Dream Girl who opens her eyes to the beauty in the world around her. Everything I’ve just said is presented in a way that is more coherent and connects the themes better than the messy way Last presents itself (it’s unclear if it’s consciously doing these gender role reversals or out of plot necessity), but there we have it. He doesn’t just want to help her open up either – he actively has fallen for her, tries to get her to date him and in the end says that she’d always have his heart.

The twist, because what’s a romantic comedy without a reality-redefining twist, as telegraphed in the trailer and Golding’s general angelic character rendering is that a year ago Kate went in for heart surgery, on the same night that Tom was hit by a car and killed. His heart ended up in her. This means he was never there, the adventures they shared never happened and we get a montage to prove it.

Last Christmas doesn’t even hint at what Tom actually was.  The more I thought about it the sloppier and more condescending this omission became. It is fundamentally not enough for a movie to have the “he’s not really there” twist, it has to fill it with something. There should be a reason why this journey is happening now. Is Tom a ghost? Is he in Kate’s head? Is she Scrooge and he the Ghost of Christmas Present? Is he an angel trying to get his wings? What the hell kind of angel or ghost would actively try to get a mortal woman to fall in love with him before abandoning her and disappearing into the ether.

It would have been about 2 months earlier when Todd Phillips’ equally on-the-nose Joker pulls the same twist. In that film, Arthur Fleck (Joaquin Phoenix) despite barely being able to dress himself or hold down a job has a relationship with his neighbor (Zazie Beetz, working miracles with the little she’s given) until it is revealed that she doesn’t know who he is and none of that ever happened. We know this because we get a montage to prove it. As with Last Christmas what this plot thread ultimately means for Fleck is unclear – other than just another layer of his own delusional insanity. But why this particular delusion? Why her? What does this say about Arthur’s view of women or his romantic fantasies? We see him having other delusions in the film, delusions of grandeur where is welcomed onto the Murray Franklin late night show stage and charms the crowd – that sequence pays off in the 3rd act. The “she wasn’t there” twist doesn’t really go anywhere.

This specific “He wasn’t really there” twist, whether it’s in a rom-com, a comic book character study or an indie film like Swimming Pool, is often referred to as The Fight Club Twist. The twist that isn’t just a surprise and doesn’t just take the story in a new direction, but more ambitiously seeks to redefine the reality of everything that came before it. Superficially, yes, David Fincher’s modern masterpiece Fight Club has a “He wasn’t really there” twist, but it also has a reason he was there in the first place. Ultimately, who Tyler Durden (Brad Pitt) is, why he’s there and how his reality fundamentally changes the character of The Narrator (Edward Norton) and his relationship with Marla Singer (Helena Bonham-Carter) is not just a trick, it is very, very important to Fight Club. The film doesn’t just pull the rug out and go “ah ha”, it fills that hole with new ideas that powers the back half of the film.

The same can be said for Fight Club‘s 1999 twin The Sixth Sense. As we all know by now, in that film psychologist Malcolm Crowe (Bruce Willis) treats young dead-people-seeing Haley Joel Osment until he realizes that Osment’s character Cole is the only person who can see him and comes to terms with his own murder. But that’s not all, writer-director M. Night Shyamalan uses this to explore the dynamic in Crowe’s marriage. Throughout the course of the film it seems that Crowe’s wife (Olivia Williams) is becoming distant and disengaged in him, angry over his lack of interest in her and possibly having an affair. The final reveal proves the exact opposite: that all of her actions where that of a grief-striken widow who is not over him.

No look at twists can overlook Oldboy, but while Park Chan-Wook’s modern classic doesn’t have the “He wasn’t really there” twist, it too doesn’t just remove or changes something from the story without replacing it with another idea that adds another layer to it. “The question isn’t why where you taken, but why where you released” to paraphrase the film’s villain. This is basic stuff. It’s so fundamentally basic that movies like Last Christmas and Joker take it for granted. Movies that don’t bother to learn what makes one twist work and why.

Script Doctor time. Is there a way to make Last Christmas into something that works? Maybe by leaning into all of the themes of it’s Christmas Carol/It’s A Wonderful Life holiday fore-fathers. Let’s keep the Gender Flipping and even keep the George Michael inspiration, but instead of editing around the lyric like an NBC reporter with a 911 call, play the whole refrain out. You’d start with giving Tom an actual character. Maybe he works in a neighboring shop and harbors a crush on Kate – he’s seen her in her best times before she became so miserable and fell for that girl (because we’ve seen him interact with others, this would also help disguise the twist). He reached out to her one year (“Last Christmas I gave you my heart…”) and she blows him off (“… and the very next day you gave it away”) but the next year he finds someone else who will appreciate him. After he dies he notices how miserable she has become and comes back as a spirit to help her appreciate life again. She think she’s trying to hit on her but he’s not because he’s found a new love in life and – the small detail the movie seems to forget – he’s a f**king ghost! He regrets never really reaching out to either her or his new love in life and now is trying to give Kate an opportunity that he never got. There, some substance. Pull out the Brexit crap. Pull out all the scenes of Tom hitting on Kate. Pull the movie out of Christmas but still set it in a shop that sells Christmas items all year because that would be an odd little detail and lean into our two leads exploring the city in ironic out-of-theme Christmas attire. Once it is revealed that he is a spirit of some sort the title will still work referring to both the last Christmas they met and his last on Earth.

In this version Tom’s character is something and not just a placeholder in the story. A lesson learned from the movies that made this twist work and one that Paul Feig could have taken to heart.

The Shop Around the Corner

The Fog of War – handling of the cold war