Birds of Prey: The Epitome of Lunacy 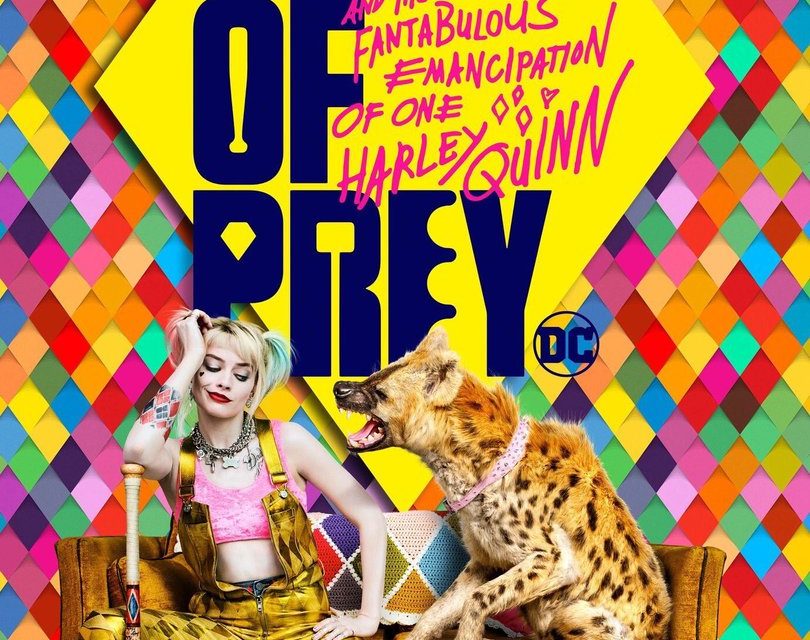 Competition, a rival for supremacy. To be better than the other. Not only does it breed sovereignty, but it produces parallels, for a lack of a better term. Coke has Pepsi. UPS has FEDEX. McDonald’s has Burger King, and Marvel has DC. And with DC’s latest film release, Birds of Prey: And the Emancipation of One Harley Quinn, it appears that it has its female version of Marvel’s Deadpool.

Sometimes breakups are hard. Quinn has ended her relationship with Mr. J. aka The Joker.  Now she must re-event herself; find out who she is without him. But now that people know that she is no longer with The Joker, her previous exploits have put a target on her head. Especially with the narcissistic villain, Roman Sionis (Ewan McGregor). He is also after a young girl who possesses a precious gem that Harley wants to get her hands on first along with The Huntress, Black Canary, and Renee Montoya, The Birds of Prey.

Quinn is just as crazy, foul-mouthed and great at kicking ass as her counterpart, Deadpool. And like Deadpool, she speaks directly to the audience in a fun whimsical way. Does it work? Let’s examine. The casting is “spot on” for both Ryan Reynolds as Deadpool and Margot Robbie as Harley Quinn. Foul language with witty banter? It’s a tie. What about the action? The ability to beat down and breakdown their enemies in a seamlessly brutal but easy fashion. Damn close but give the edge to Deadpool only by a small margin. Better costume, Deadpool. Love the burnt face in a tight leather look. But the schoolgirl outfit with clown make-up and uneven multi-colored pigtails is a close second. But who is the greater performer? That is Margot Robbie’s portrayal of Harley Quinn, “hands down”. She is the epitome of lunacy. It is as if she rolls off the pages of the comic book straight to the movie screen; incredible.

Astonishingly, Cathy Yan is only the second woman to direct a superhero film (Patty Jenkins of Wonder Woman being the first). Along with the writer Christina Hodson and lead actress Margot Robbie, Birds ofPrey ‘s powerful female presence and theme of unity is undeniable. More studios are starting to take notice that if the story line is based on a female character, then it is a “no brainer” to be directed and written by women. Shattering the venerable stereotype that if a movie is written and directed by women, the film will be mushy emotionally driven and diluted action scenes. Birds of Prey is just the opposite. It is full of action, violence, straightforwardness and a genuineness that is just as compelling as its male counterpart. Well done ladies. But there is something still missing, that plagues the majority of DC films, emotional ties to the characters.

Marvel movies make viewers feel that they have invested time with the characters they are watching, forming a fictitious but palpable relationship. Fans care what happens after the credits and lights come up. At times, there is even a dialogue between fellow moviegoers hypothesizing of what is next to come. Although viewers laugh with astonishment of the dysfunction of Harley Quinn that is so brilliantly portrayed by one of the best actresses in Hollywood, Margot Robbie, it is two dimensional. The story line surrounding her character does not pull the viewer in. She is fun to watch, but do we care to see her again? There mere fact that the question arise means the involvement or the seeking of a relationship has failed. Children and adults alike in both the Marvel and DC Universes secretly want to be what they are watching on the screen. Yes, we know it is not real, but we daydream, “what if’? That is the connection. And although the movie is entertaining to watch, it falls short of comic book film lore.