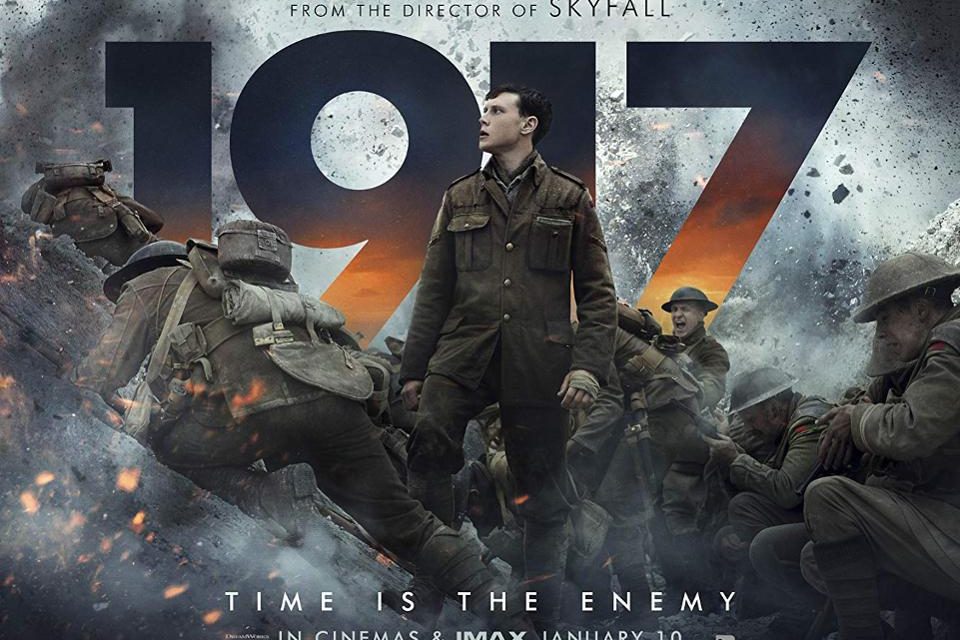 “Ride or Die”? What is the true meaning of this? It was a term originally used for a woman who is willing to support her partner and his risky or illicit lifestyle despite how this might endanger or harm her. But the meaning has expanded to a new definition of the true commitment of meaningful friendships or brotherhood. It is a promise to each other to take up one’s task or vision if the other falls; no matter the consequences. This is the core of Sam Mende’s 1917. A film that is so moving, wrought with grittiness and the simplicity of storytelling scripted in the harshness of struggle and turmoil, it leaves you sitting there glossy-eyed, breathing heavily as tears gently roll down your face as it ends.

1917 is about two young British soldiers during the World War I that are given an impossible mission of delivering a message deep in enemy territory that will stop 1600 men, and one of the soldier’s brothers, from walking straight into a deadly trap. George Mackay portrays Lance Corporal Schofield the soldier chosen for this unthinkable mission by his friend Lance Corporal Blake (Dean-Charles Chapman). It sheds light on the ole-aged question, “Am I my brother’s keeper?”

Some movies are character-driven. The viewer becomes deeply entrenched with legendary actors’ portrayals of real or fictitious characters that bind us in a two-hour theatrical jaunt. Then some films are so action-packed that the acting becomes secondary and we become hypnotized with the visual spectacles that make us clutch our armrest sitting on the edges of our seats. But then there is that special motion picture. A once in a lifetime (or a long time) movie that the story, above all else, is the essence. It enhances the brilliance of the cinematography and realistic acting that makes you ponder, carrying the movie with you only to reminisce later, stating that this is one of your all-time favorites, permanently etched in your cinematic mind.

Sam Mendes makes you feel that you are the unseen third person of the movie. Making you jump with every gunshot or explosion. Making you move quickly as if the rats that are falling from the ceiling are plunging on the seat next to you. During painstaking scenes, you are looking directly into the eyes of British soldiers who are going through some to the most terrifying parts of their budding lives. Bathing in their tears or blood or crying with them as they suffer through some of the most brutal scenes of the movie. Or you are laughing along with them as they tell stories of the absurd aspects of war. Mendes keeps you in scenes covered in mud, blood, the wetness of the rain reminding you that war is not something romanced in featured films, but something that is real and true and in life, shit happens.

Will it win the Oscar for the best picture like other war movies such as Platoon, The Hurt Locker, The Deer Hunter or Patton? We will have to wait and see. Does it deserve the ranking as the for mention for its cinematic excellence? It most certainly does. The underlining theme is that even though the initial cause is not yours, because of friendship, the true meaning, you carry it as if it is yours and your life depends on it, literally. It touches on our complicated interpretations of relationships and the passion of true commitment, sacrificing ourselves for others and their cause becomes so deeply entrenched in your spirit it becomes yours as well.