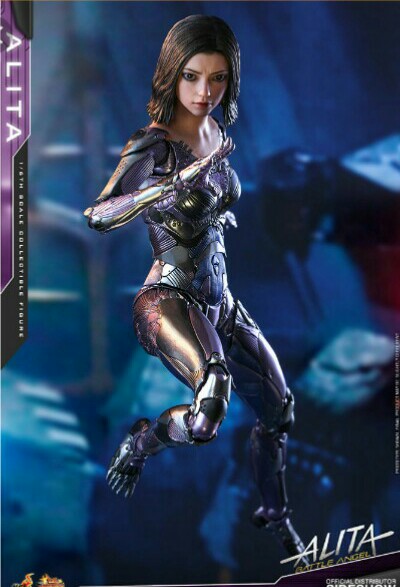 Alita: Battle Angel, though not a story to remember, it’s certainly a visual to enjoy.

The movie is an adaptation of a Japanese Yukito Kishiro’s Manga Battle Angel Alita.

It’s set several centuries into the future after a war on earth that destroyed all but one of earth’s floating sky cities (Zalem).

Below the magnificent Zalem is Iron city, an impoverished and dangerous city were many people and cyborgs work for Zalem and in this city is a compassionate cybernetic doctor, Dyson Ido (Christopher Waltz) who runs a clinic were he repairs cyborg bodies.

Rummaging for spare parts in Zalem’s scrap yard on Iron city, Dr. Ido finds a young girl’s upper cyborg shell, he takes it back to his clinic and rebuilds her with a new lower body, beautiful black hair and a new name (since she can’t remember her own entire past).

Alita  (Rosa Salazar) then starts her new life in the crime infested Iron city; first as a wide eyed young cyborg who is surprised by everything she sees from the floating Zalem to the televised Motor ball (a dangerous death-race like sport for cyborgs), then as a bounty hunter and motor ball player who struggles to remember her identity while simultaneously fighting off cyborgs and humans who want her dead.

From the looks of it, Alita: Battle Angel was supposed to be a movie for empowerment, especially female empowerment. From having a female protagonist to all her prowess and heroics despite her male dominated and dangerous environment, all points to this sole theme. But I think it some how failed.

First, though understandable, the movie introduced so many storylines in a very short time; Alita’s search for identity, Iron city’s past and present, Dr. Ido’s life story and many others, and some of which were left hanging.

Then second, though it surely kept the movie lively and non boring, it was focused so much on the action.

Almost at all times, Alita was always engaged in one battle or another and that left very little time to explain her personal life and to me, that should have been one crucial part to drive the theme into people’s hearts. Simply stated, Alita’s character was not relatable.

But apart from those shortcomings, if you are ready to overlook them, Alita: Battle Angel is a stunning visual.

The visual effects and CGI, the metallic cyborg bodies are stunning. Alita and another bounty hunter, Zapan (Ed Skrein), especially had a convincingly robotic gait.

The motor ball scenes too were too convincing, the cyborgs ripped and disembodied fellow cyborgs in typical death race style but in a more pleasing and less scary way (since all they destroyed were mere metallic parts that are replaceable)

Alita’s battle with the other murderous cyborgs in one motor ball game was especially breathtaking.

The camera work was steady and closely engaging that one always had the feeling of being part of the battle. Alita herself shows stunning action maneuvers against the dangerous cyborgs some of which are twice the size of her Barbie doll warrior’s body.

The movie is set in a technologically advanced post apocalyptic environment and the movie’s creators did a great job imposing this.

From Dr. Ido’s cluttered but techy’s looking Clinic to the cyborg laden dusty streets of Iron city and even three handed double guitarists, the atmosphere was well convincing.

So in all, though I usually like a moving story and characters I can relate to, Alita: Battle Angel offered something else to make up for its lack of a story; Breathtaking futuristic action and technology.

I liked the movie good enough and owing to its ending, there’s likely a sequel; maybe many of the flaws will be ironed out then.

Would recommend this to anyone looking for a movie to engage your imagination tech-wise. Action and romance lovers, you can try this too. 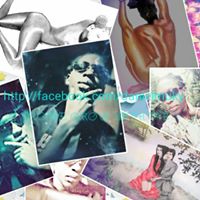 Am a Ugandan budding artist; I love watching movies,reading and writing poetry too.