Marriage Story starts the same way any relationship does, those involved often waxing lyrical about all the little things they love about their partners. But with time, these same quirks can end up being the very details that test relationships and sometimes sadly, drive people apart.

Nicole (Johannson) is an actress originally from Los Angeles with one significant movie credit to her name, now living in New York with husband and theatre director Charlie (Driver) and their young son. But despite the heart-felt declarations laid out in the films opening monologues, we first meet the couple in the beginnings of their separation and on the long road to divorce. Initially agreeing to try and do things as amicably as possible without lawyers for their sake of their son as well as their future friendship, Nicole moves back out to LA with their son to live with her mother leaving Charlie in New York, however Nicole is finally persuaded to get an attorney to represent her in the divorce proceedings, from which point we watch as whatever was left of their love for each other is slowly ripped apart by this painful process.

It is a wonderfully written script from Baumbach, who presents this as a very much warts-and-all affair, detailing all the ridiculous pre-conceptions and bullshit that comes from the legal system during a process such as divorce, but imbuing a great mix of humour with the sadness that balances the tone at just the right levels, preventing the film from pits of despair you might expect. Probably most importantly though, it is consistent in ensuring that the film doesn’t skew the bias one way or the other, allowing for an equal footing for both Nicole and Charlie all the way through even at their very lowest points, thus allowing you to fully empaphise with both for the entire film.

Both Johannson and Driver are impeccable throughout as the couple with a lot of love between them but are simply growing apart as two different people who perhaps shouldn’t have got married in the first place. Now in the process of trying to untangle the various threads that are holding them together, they have been unable to properly communicate everything they should have said, until what transpires brings all of those unsaid feelings to the surface, eventually spilling out into a vicious and brutal exchange which is truly captivating to watch as the two go toe-to-toe with no pulled punches. The two shining actors are also supported by a superb ensemble, Julie Hagerty as Nicole’s mum tries her best with her love for both parties, Alan Alda instills a lot of heart and tough truths as one of Charlie’s attorneys, but special mention to Laura Dern as the charismatic yet bullish legal representation for Nicole.

Now nominated for several awards including Golden Globes for both actors, as well as Best Screenplay for Baumbach, it would be a crime if walked away empty-handed. Charming, funny and sad in equal measure, Marriage Story, despite the subject matter, is the best love story you will see this year. 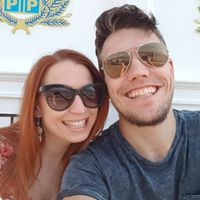