Haunt follows in the footsteps of a now annual Halloween tradition of movies about “extreme” haunted house pop ups that turn out to be infiltrated by or wholly owned and operated by murderous psychopaths. Thank you, The Houses that October Built for showing everyone these movies could be made for dirt cheap. Haunt has a little bit of fire-power behind it through, coming to us from Scott Beck and Bryan Woods after scoring a hit with the script for A Quiet Place and a purse from Eli Roth.

Unlike the toothless PG-13 (?) Houses October Built and the R-lite Hell Fest from 2018, Haunt comes in loaded for bear with some nastiness. It’s a much fiercer and gorier film, with a pension for torture traps, monstrous villains and putting the forked end of a hammer up against people’s teeth and yanking. It deliver some gore, but it’s also an ugly thing. It looks like a micro-budget Rob Zombie movie where once again characters are forced from room to room inside a dressed warehouse set.

The plot and the characters are paper thin, with a little family drama given to our lead (Katie Stevens), who you can tell is going to be the lead because the camera lingers on her face while she watches something happening in horrified silence while everyone else still assumes it’s all part of the show. Eventually the murder is too obvious, people start disappearing and the ruse is blown. Haunt doesn’t have interesting characters and it never shifts out of it’s first gear, where people run away from carnival workers. There is a sequence in the finale involving a literal Escape Room that really works. If the rest of the film were as interesting, cinematic and clever in it’s nastiness we’d really have something here.

Haunt retroactively makes a case for why last year’s Hell Fest worked much better with a similar plot. Hell Fest was a much better hangout movie with actors who felt like friends and realistic banter between them, where this movie is just lining up bland performances in character tropes. Hell Fest had a creative production design for the park itself, Haunt looks like it was shot in a garage. Hell Fest had Bex Taylor-Klaus. Haunt has a bland flamboyant comic relief character. Hell Fest knew when to end, Haunt like many-a Eli Roth productions doesn’t – sliding into a prologue that feels like it’s revving up a different movie. A lot of movies do this ending and they are rarely set it up and rarely work. When your entire movie takes place in one location and you suddenly shift to another for the prologue, it doesn’t feel satisfying, it feels tacked on.

*Spoilers for Haunt and A Quiet Place*

And speaking of the ending. Can we talk about the ending? In the final scene Haunt switches into Last House on the Left mode and finds Stevens’ character turning her home into a booby trap for the remaining psychopath and then blowing his head off with a shotgun. What seems so odd and out of place is that the movie cuts to black with the shotgun blast, which is very often how movies end (Emily Blunt cocking a shotgun is also how A Quiet Place ended), but it feels stylistically out of place in Haunt. For such a gorehound’s movie that hasn’t skimped on the violence until that point to deny us a final moment of seeing the arch villain have his head blown apart doesn’t just feel like a missed opportunity, it seems to go against the blood-lust of the rest of the film. 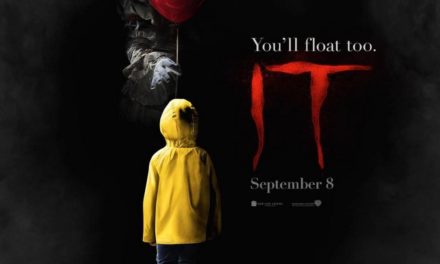 Another Halloween Review BY ++FeRn++