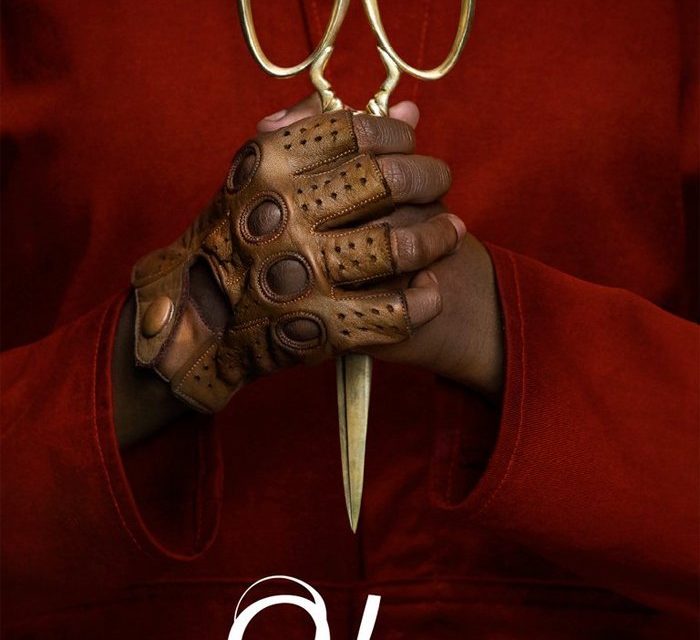 With a title like Us, one may think that this film is related to the hit Emmy Award-winning television show that keeps you on an emotional 60-minute roller coaster, This Is Us.  While this film keeps viewers on a ride filled with emotions, this is not that.  There is no Jack, Becca, Kevin, Kate or Randall.  But there are Adelaide, Gabe, Zora, and Jason; or Red, Abraham, Umbrae, and Pluto.  And yes, this family is happy, but in a very different way, sharing problems to work through or eliminate completely.

While on vacation in Santa Cruz, California, spending time with their friends, the Wilson’s family youngest son, Jason (Jason Wilson), wanders off. This causes his mother, Adelaide (Lupita Nyong’o), to become protective of her family because it brings back frightening memories of her past.  Later that night, four mysterious people break into Adelaide’s childhood home where they are staying.  The family is shocked to find out that the intruders look like them, but their personalities and characteristics are very different.

Joran Peele’s direction, writing, and use of music are remarkable in his second installment into the dark halls of horror thrillers.  Peele lays bread crumbs for audience members to follow from the moment the first scene appears onscreen until the last image fades to black when this two-hour disturbing session in terror ends.  This writing style is similar to his breakout hit, Get Out, where viewers had to watch a few times to find all the hidden gems.  But in Us, the gems are not hidden.  The obvious goes unnoticed which is masterful in itself.  It is apparent in this film that sometimes you cannot see the forest for the trees. The intense music captures the audience, gradually becoming louder to match jaw-dropping scenes as the anguish unfolds.  Suddenly, it comes to an abrupt stop as he sprinkles in his signature classic hip-hop anthems such as “I Got Five on It” by the Luniz or the mega-controversial 1988 hit by N.W.A, “F*** the Police”.

Peele continues to push the needle challenging the stereotypes of horror genres.  For instance, he introduces the same situation to two culturally different families shedding light for moviegoers to witness the differences in reacting to the situation and the outcomes it produces.  He sets the scene like that of ABC’s 20/20 version of “What Would You Do?” when you are confronted with intruders that may cause harm to your family.  In the end, the outcome is both humorous and disturbing.

Spoiler Alert: Here is the hilarity. Elizabeth Moss (Kitty Tyler) is slowly dragging her bloody body across the floor trying to get to her dying or dead husband before the Shadows (clones) finish the job.  She sees him but cannot reach him.  Realizing death is near, she asks OLIVIA, her virtual assistant, to call the police.  But because of the initial stabbing, her voice sounds muffled and gurgled.  Then you hear OLIVIA say, play “Fuck the Police” by NWA. The music starts, the base is booming loudly throughout the house as the killing continues, blood splattering on the walls. Jordan Peele’s creative genius of intertwining hip-hop music with disturbing images makes the audience scream in shock while laughing at the same time.

Another stereotype is the portrayal of female characters as victims in horror films.  In Us, Peele identifies Adelaide as a heroine.  Her family’s safety lies on her shoulders when her husband is hurt during the initial break-in; forcing her to take charge.  Even yelling to her husband, during an intense debate of differences, that he is not in charge anymore; she is.  It is impressive to see strong a black woman as the hero in a horror film. But is this his true intention or is this just another bread crumb to follow to make sure audience members are on the correct path?  Truthfully, this skillful storytelling serves as both.

Lupita Nyong’o has thrown in her hat as the best actress nominee for next year’s Academy Award for her performance as Adelaide Wilson and her psychopath clone (shadow) Red.  In layman’s terms, she is downright creepy.  Her performance dominates that of her costars.  When she is onscreen, you can barely take your eyes off of her.  Her performance is engaging and entertaining.  Red’s monologue in front of the fireplace holding a sharp pair of shears as she talks slowly with a deep, sometimes inaudible voice is an instant classic comparable to the likes of Jack Nicholson’s “Here’s Johnny” monologue in The Shining.

Is there nothing Lupita cannot do?  You fall in love or have overwhelming compassion for her as a mother of two trying to protect her family at all cost.  Then the next moment, you are trembling with fear watching her as a wide-eyed laughing maniac playfully toying with her victims before killing them.

Us is a bizarre walk through the “what if” of the eerie mind of a brilliant filmmaker with breadcrumbs to follow along the way.  It is a masterpiece in the artistry of making film that will have fans waiting to see the next installment of the new cinematic juggernaut known as Jordan Peele.