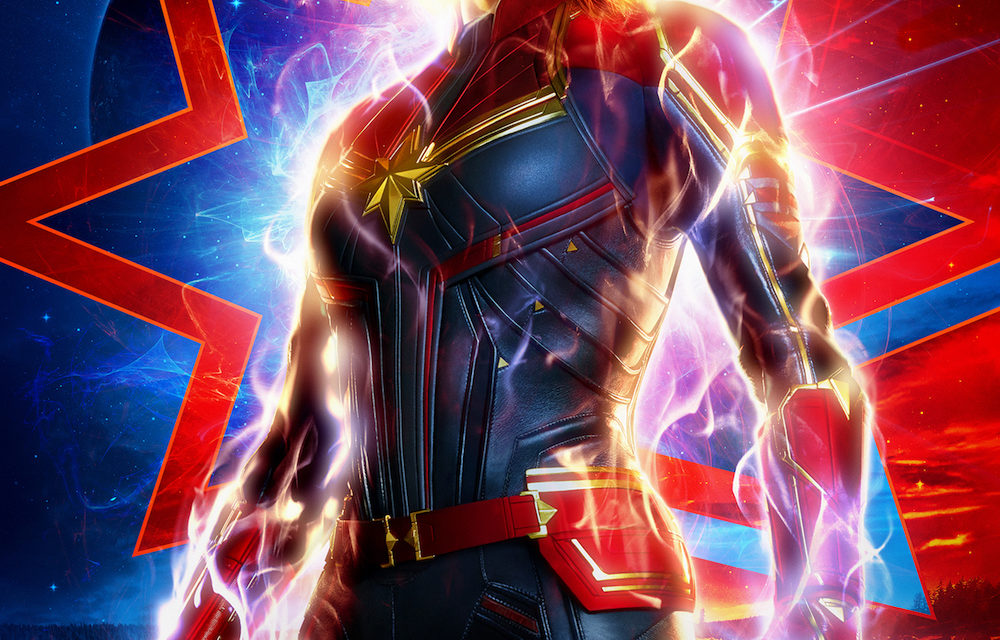 If you are old school, you may associate Captain Marvel with DC comics superhero, Shazam. Yes, teenager Billy Batson transformation into an adult superhero simply by shouting one word. But moviegoers will have to wait for a couple of weeks for this superhero’s debut. If you are looking for a blonde-haired muscular male whose eyes and skin illuminate and project solar energy; sorry this is not the movie. This movie is based on 1977’s Marvel’s introduction of Ms. Marvel, an awe-inspired look at the first female lead in the Marvel Universe. Blonde hair – check. Muscular – check (although her cameo appearance in the end credits was obviously filmed before the making of this film). Also, as an added bonus, she has superhuman strength, magnificent speed and can fly. Gal Gadot (Wonder Woman), she is not. But Brie Larson’s performance as Captain Marvel fairs well in comparison with the multitude of Avengers characters brought to life in film. It just lacks the “It Factor”. A commanding of presence when someone walks into a room or shows up on the silver screen. Thus, the film is good but not great.

Carol Danvers (Brie Larson) is one of the universe most powerful heroes. But she has a hard time piecing her past together. Caught in the middle of the Keen-Skull war, she acquires the help of S.H.E.I.LD. agent Nick Fury (Sam Jackson) and some old friends of the past and present. She must find a way to save an alien race that may not be so alien to her after all.

Captain Marvel is like a can of mixed nuts; some you like, some you don’t. Here are some of the don’t. Brie Larson’s portrayal as Captain Marvel is entertaining but it lacks something that is hard to put your finger on. When watching Gal Gadot, it becomes evident, very early, that she is Wonder Woman; no question. It is the same when watching Chris Evans’s manifestation as Captain America. Unfortunately, while watching Larson in the superior sound and picture quality of an IMAX theater, that feeling previously mention with Gadot and Evans does not exist. It is obvious that she was committed to this role with martial arts training and weightlifting. Her costume is impressive and is she believable as a superheroine. In addition, Larson’s action and fighting scenes were nicely done, but the performance is memorable not iconic as one would expect as the first female superhero lead in a Marvel film.

The storyline needs help as well. Although it is interesting to see or piece together Carol Danvers’ journey of becoming Captain Marvel that is mixed with the origin of Nick Fury, the main storyline of Kree-Skrull war and the possession of Tesseract (crystalline cube-shaped containment vessel for the Space Stone, one of the six infinity stones that predate the universe and possess unlimited energy) is lackluster. It may be the narrative that Marvel fans want to see as a preface to Avengers: Endgame, but it is very mediocre and is not something that would benefit future storylines for the Captain Marvel series unless done very differently. Comedic, yes, but it would have been more interesting to see more of her time spent on earth before becoming Captain Marvel.

Furthermore, the team of Anna Boden and Ryan Fleck contributes to “ho-hum” of the film. Boden and Fleck directed TV series such as Showtime’ Billions and The Affair. In addition, they had some success with films like Mississippi Grind and Sugar, but this is Marvel; “go big or go home”. It is a good effort, but it does not fall in the category of Marvel hits like Captain America: Winter Soldier or Avengers: Infinity War.

But here is the good news. Who could picture a kinder, gentler Nick Fury? A lover of pets. A gentle and compassionate man that is willing to listen with understanding. Yes, I am speaking of Samuel L. Jackson. The actor whose portrayal of characters like Neville Flynn (Snakes on a Plane) or Jules Winnfield (Pulp Fiction) resembles the opposite of giving and caring. It gives filmgoers a peek to the start of S.H.I.E.D., from humble beginnings, trying to find its way or identity before it became the mega-organization of gathering most powerful Avengers in this world or any other galaxy. It also answers the question, “What happened to Nick Fury’s eye?” and the story behind the emblematic patch.

The film gives a retro look at the advancement of technology that is both creative and hilarious. It is a wonder how anything got accomplished especially when the fate of the world was counting on it. For example, there is a scene when they are waiting for information from the computer. As they anxiously huddle around the monitor watching it like a season finale of Games of Thrones, someone quietly asks, “What’s it doing?” With an intense look, someone states that it is loading as there is a close-up of an hourglass spinning on the computer monitor.

Captain Marvel gives a tribute to Stan Lee in the opening credits that has audience members clapping, thanking him for the wonderful universe he created allowing us to forever remain a kid at heart. Where father and sons, mothers and daughters can come to the theater for two to three hours and live out their child-like fantasies of being a superhero. The film is entertaining. Although the mark is very high, unfortunately, it misses it.