Last year Taylor Sheridan spun the modern western around with the terrific Wind River, a noir-ish crime film where it’s brutally cold setting played as much a role in tragedy than it’s central death. Jeremy Saulnier (Blue Ruin, Green Room)’s Alaska-set Hold the Dark feels like a spiritual successor, though it leans a bit more on atmosphere and a lot more on insane theatrical pulp. If you’re down for a realistic procedural, Wind River is hard to beat. If you’re looking for something a big more cinematic, ambiguous and absurd in a masked-serial-killer sort of way, Hold the Dark is delicious. I ate it up.

Jeffrey Wright plays Russell Core, a wildlife tracker who wrote a book about spending a year with a pack of wolves, who receives a letter from a grieving mother (Riley Keough) requesting his help after her son was taken by a pack of wolves. Her husband (Alexander Skarsgard) is off in the military and she wants something to show before he returns. Then, when he does return, all hell breaks loose.

Hold the Dark is not a genre film as it’s premise may imply. It’s a bleak and brutal movie about untidy things, complicated characters and messy relationships. Characters that initially seem heroes or victims flip over the course of the narrative and our initial heroes take a backseat to others as the world of the movie fleshes out and becomes more of an ensemble. It’s at times a modern western that replaces sand for snow and other times the blackest of neo-noirs that sets up one thing and wiggles around it for something more realistically unsatisfying in the way that a noir does. It’s also a serial killer movie. By the end of the first act Saulnier completely torpedoes the premise and sends us free-falling down a completely different wormhole.

It’s a bit too on-the-nose. It shows us a pack of wolves eating their own and hangs a lantern on this metaphor for the rest of the film. It tells us about how local cop (James Badge Dale) tries to get home every day so his wife doesn’t get that dreaded cop’s wife phone call – and then it shows her dreading it. What I can’t fault the film for is it’s gorgeous visuals, not just in filming the Alaskan wilderness but in Saulnier’s clever cinematography. I also can’t fault it’s moody atmosphere and pace, even when the whole endeavor moves like a glacier. Even a mid-film shoot-out scene goes on for an indulgent amount of time. All that might be annoying if it wasn’t so engaging and entertaining. It asks the audience to settle in and slip into it’s world. It feels deliberate, measured and consistent. 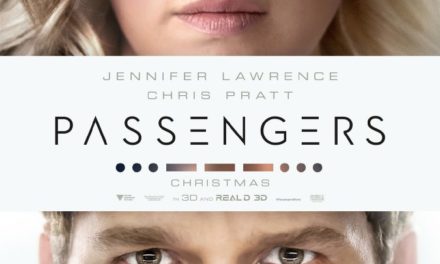