Blade Runner 2049 — A Little More Country Than Rock And Roll 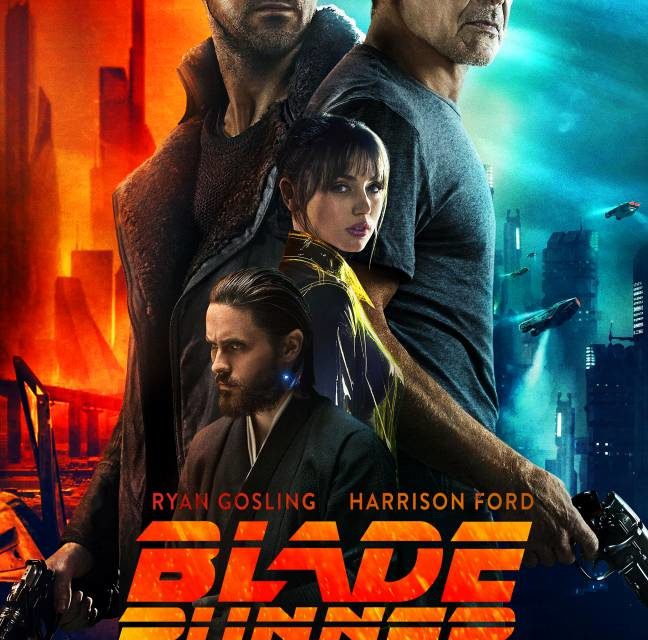 The pressures of a teenager in high school to be popular is a relevant theme across generations.  It involves having the right group of friends along with the latest styles.  To feel or be good,  you have to look good.  Yes, you have to be fashionable.   It involves wearing a particular style or brand of clothing that  you may not particularly like, but is warranted for high school survival acceptance.   So for movie connoisseur  like myself,   when Blade Runner was released in 1982, it was praised as a movie before its time.  As one Hollywood reporter stated, “It possesses a size that is awesome, sound and visual accompaniments that blasts the senses.”  To be a true movie aficionado, this is a movie that I had to watch and would appreciate its originality and bold attempt at movie genius.  But I did not get it.  When it came out on DVD/blue ray, I bought it because I had to have it, because I was a true fan of the arts.  After further  dissection and analysis, it was “still not my cup of tea”.  But maybe with the release of Blade Runner 2049, thirty-five years later, I would have a much more mature outlook and a keener sense of appreciation.  After sitting down and watching the 2017 three hours (including 15 minutes of trailers) version, I can truly say that maybe I am not mature or cool enough to appreciate this sci-fi spectacle.

‘K’ (Ryan Gosling) works as a blade runner for LAPD hunting, capturing or destroying old replicants as part of Nainder Wallace’s (Jared Leto) plan of a new world of bioengineered or biorobotic androids like ‘K”.  Unlike the old replicants, the new androids are subordinate.  But ‘K’s discovery of a long-buried secret leads him to track down former blade Runner, Rick Deckard (Harrison Ford), who’s been missing for thirty years.  “K” realize that he is much more important in Wallace’s vision that he had ever imagined.

Ryan Gosling’s performance of ‘K” is impressive.  His emotionless expressions as an android is filled with underlined tones of humanity and an internal struggle of defining  what or who he is meant to be.  You witness Gosling’s character go through phases of him becoming more human and how this effects situations and people in his life.  This is seen in his relationship with his love interest  Joi (Ana de Armas) when she realizes that she can no longer give him what his truly needs.  She creatively finds a way to bring out the humanity in both him and her in one of the most compelling special effects scenes in the movie.

From the onset of the film, the tone of the movie is defined in the brilliant scene between ‘K’ (Gosling) and Sapper Morton (Dave Bautista).  The film ties back to this scene from time to time as a point of reference of Gosling’s character struggle with his identity and purpose.  Director’s Dennis Villenueve’s vision of a futuristic world rivals that of Ridley Scott.  He uses the backdrop of a gritty post apocalyptic futuristic society as a canvas to masterfully paint his vision.

If I praise the cinematography, the script, and the acting, then why did I not care so much for the movie?  Other than it being too long, it was simplistic in the story line that was drawn out too much.  It turned a fifteen minute conversation to a two hour and forty-five minute discussion.  Or  maybe I am a little bit more county than rock-n-roll or vice versa.  I prefer the action/adventure of a Star Wars than that of an eyebrow raising  Sci-Fi drama of Dune.  But if you are a fan of the original, then this better part of a three hour movie will be time well spent.