Duncan Jones’ “Moon” is a rare gem of a film; one that can truly and unabashedly call itself “science fiction.” The filmmaker’s directorial debut (Taking up the entertainment industry mantle left by his father, David Bowie) proves him to be a confident and sure-handed storyteller. In a time when the science fiction genre has been devoured by action-packed and intellectually thin spectacles, moon stands apart.

But before going into detail about the film and its different aspects, let’s set the stage.

Sam Bell (Sam Rockwell) works for Lunar Industries Ltd. His job is to monitor and maintain a helium mining station on the far side of the moon. During this time his only companion is a robotic assistant known as G.E.R.T.Y. (Kevin Spacey). His contract is for three years, and with only two weeks left until he returns to his family, he’s a little anxious to go home.

…And that’s all I can tell you without ruining the film. The meat of this film; its themes, questions and statements about human existence are all inexorably linked to a major plot twist that occurs early on in the story.

Because of this, I’m issuing a *spoiler warning* to everyone out there. If you’re reading this to find out if “Moon” is worth seeing,   STOP  right now and go out and experience it. You won’t be disappointed. To those of you willing to read on, you’ve been warned.

Duncan Jones has effectively taken something old and made it new again. Many will draw stark comparisons to this film and Stanley Kubrick’s “2001: A Space Odyssey,” (very small cast, psychological depth and examination, and an eerily monotone robot companion) but if they see these ingredients and dismiss the film as “nothing new”, they are completely missing the point of “Moon.” What Jones has done has taken the framework of a wonderful film and deftly molded it to tell a completely new and compelling story.

During Sam’s last few weeks manning his post he begins to see things. First a young woman sitting in a chair watching television, and then an apparition, possibly the same woman, outside on the moon’s surface when he travels to one of the mining rovers to attend to it. This leads him to an accidental crash, knocking him unconscious. Sam wakes up in the station’s infirmary, greeted by G.E.R.T.Y. Sam then, against the orders of his robotic friend, sets out to check on the crashed lunar vehicle. Inspecting the crashed vehicle he finds himself, quite literally.

It is in this discovery, that there are multiple Sam Bells, that the tone and major themes of the film are established. We learn that there are a stockpile of Sams in reserve and that at the end of each’s three-year contract (which conveniently is about how long each clone’s body lasts before deterioration and death), the clone is liquidated and replaced. Sam even contacts his “daughter” only to learn that his memories have been implanted and that the original Sam is at home on earth already, and has been for quite some time. Is he complicit? We never find out, and I like it that way. This was such a welcome change of pace, and honestly one I was not expecting from the film. What could have been the standard “Is he experiencing the supernatural or is he just crazy?” routine, instead becomes a wonderful meditation on identity, corporate morality and the value of a human life.

On the technical side of things,  Jones wields his camera with great decisiveness. Every scene and framing technique works to establish and propel Sam as a character, and every set piece is created and shot for maximum use. This is a very lean film, Jones never has to repeat himself. Every piece of information in the film is there once and for a reason. Even the film’s 97 minute runtime is squeezed for every second. This is not to say that the film is a breezy affair, quite the opposite actually. For me it was an extremely long 97 minutes, and not because the film bores, but because it engrosses the viewer and intentionally expresses the loneliness and boredom Sam experiences to its audience.

All in all I found “Moon” to be a wonderful film. The only flaw I found was that one of the scenes in the film, a scene where the two Sams play ping pong with eachother, seemed to be a little too boastful of the special effects used to portray two Sam Rockwell’s on screen simultaneously. Aside from this very minor distraction, I very much look forward to Duncan Jones’  future films and can easily give “Moon” my highest recommendation. 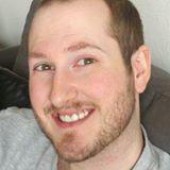