Gru (Steve Carell) and the gang are back for a third venture in the Despicable Me series, but this time Gru is a good guy! How times change! Gru and new partner Lucy (Kristen Wiig) are fired from their job working to stop super villains by the strict and unpopular new boss and Gru sets about looking for a new job. However, Gru is approached by an old man who explains that Gru has a long lost brother, Dru, who lived with his father whilst Gru lived with his mother for his whole life. Dru and Gru meet and in no time, they’re the best of friends in this heartwarming film, whilst Lucy is meanwhile trying to bond with her new stepdaughters Margo (Miranda Cosgrove), Edith (Dana Gaier) and Agnes (Nev Scharrel). Dru reveals that his father talked a lot of Gru’s super villain days and wants to team up for one final criminal heist to take down the main antagonist, ’80s obsessed ex-child TV star Balthazar Bratt, and retrieve a precious diamond from him.

Of course, as is the case with all films in this series, things constantly go wrong throughout the film and there are many laughable moments. Unfortunately, the third entry in the series is the weakest of the series but enjoyable all the same, and not just for children! What the film lacks overall is the major absence of the Minions, characters that the series gains its popularity from but no fear, we see plenty of Minion action towards the end and Dru finally finds what he is made for. For a fun family adventure, 7.8/10. 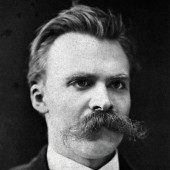