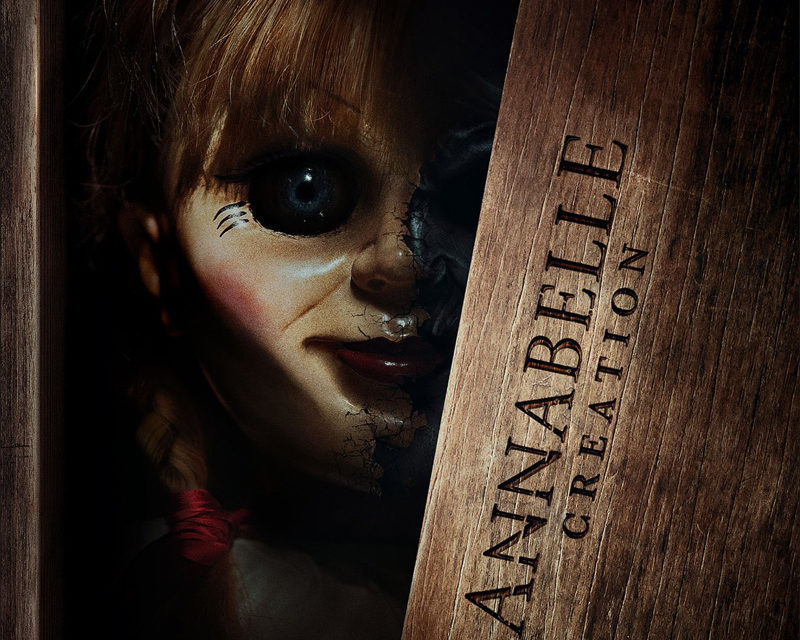 What makes a scary movie, scary?  Is it the music, that slowly builds as the scenes get more intense?  Is it the audience members screaming out uncontrollably, as some type of emotional or traumatic release, trying to convince the participants on the screen to do something (as if they can hear them) because the suspense is too much?  Maybe it is the disturbing noises that are heard but not seen.  Whatever it may be, Annabelle:  Creation masters all the above.  The prequel, although not flawless, intelligently tells the story of the demonic possessed doll, the most intriguing case file of the renowned demonologist Ed and Lorraine Warren.

Samuel (Anthony LaPaglia) and Esther (Miranda Otto) lose their only daughter in a horrific car accident. Twelve years later, they welcome a nun and several girls from a shuttered orphanage into their home.  As grieving parents who cannot accept the loose of their child, did they make a “deal with the devil”?  And has this pact made the orphans a target of the doll maker’s possessed creation, Annabelle?

What makes this film truly intense is the strategic use of the lighting.  It carefully uses shadows and the lack of light in the darkest of corners capturing the feel of a demonic presence; showing the audience dark presence without full divulging the creature.  Whispering in our ear that the most terrifying creatures are those heard but unseen; the fear of the unknown.  While watching, at times you can see eyes glowing in the dark, like that of a cat, fading into the dark corners in the room.  But this is not your household pet kitty.

The film ties the stories of The Conjuring and the original Annabelle film together well.  It does not seem implausible or something made up only to prolong the series (for the sole purpose to generate revenue) as other sequels or prequels have in the past.  Sequels, or prequels, have the tendency to be so “far-fetched” or so convoluted that it does not resemble anything of the original.    But, Annabelle:  Creation not only gives you a deeper perspective but it gives you hints or clues of other cases, upcoming events, and characters based on the findings of Ed and Lorrain Warren.

The one flaw of the movie is the length of time it takes for the story to develop.  The reason why behind Anabelle’s creation, although interesting, is too drawn out.  The same results could be achieved in half the time.  The intensity would be greater and the flow of the movie would be better.  It seems that director David F. Sandberg is looking to build suspense with substance like that of traditional horror movies of the late 1970’s letting the sequences of events unfold in a timely fashion; leaving the moviegoer in an eerier lather of anticipation and uneasiness.

Annabelle:  Creation surpasses 2007 Dead Silence, 2016 The Boy and Even 1988’s Child’s Play as the scariest demonic doll in recent cinematic history.  It gives you a creepy feeling, like that of Raggedy Ann and Andy, dolls may come to life at night while you are sleeping.