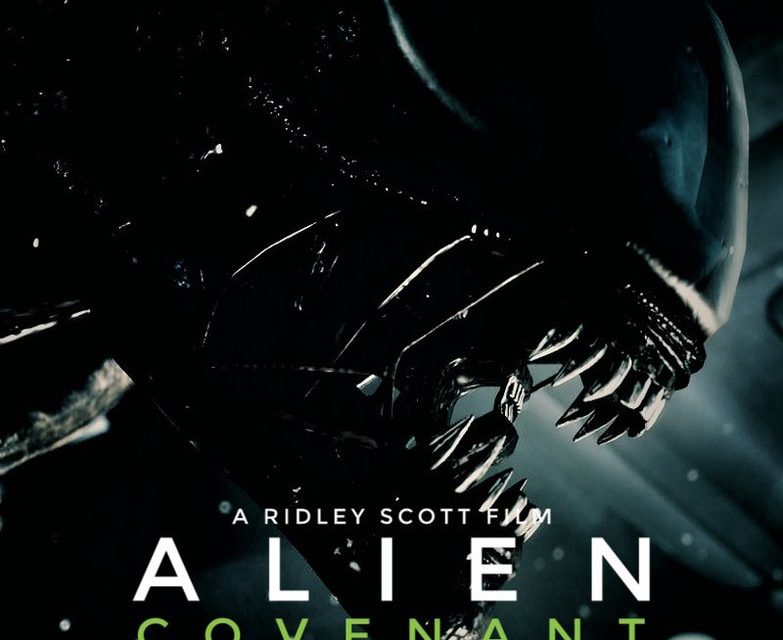 There is an old saying, “out with the old and in with the new”, which simply means to move forward.  But the things that we consider classics or exemplary is where most of us get stuck and moving forward may not be as easy at it sounds.  So, in return, others may reply “if it aint broke, don’t fix it”.   Movies have suffered from these two paradoxes for years.  Films try to remake everything from musical and comedies to action and science fiction to give it that new spark or twist; to make it fresh and relevant.  But if the “old” or classics is what brought you to the dance (generated the audience that made it successful) then why “cut off the hand that feeds you”.  (I promise that was the last idiom).  Alien: Covenant is caught in this tricky puzzle of trying to piece together or establish a new audience without losing the dedicate fans that the franchise was built upon.

In Alien: Covenant, the crew of over 2000 passengers lead by Daniels (Katherine Waterston) are sent on a mission to colonize a remote planet.  During their mission, the crew discovers an uncharted paradise with a familiar face, David (Prometheus’ Michael Fassbender), and a threat that they had not anticipated.  They must rescue some of the crew on the planet without risking the lives of the 2000 members who are in a state of hypersleep on the ship.  But something or someone has other plans.

Alien: Covenant follows the formula of its predecessor, just when everything is quiet and moving along at a comfortable pace, all “hell breaks loose”.  And when things go wrong, they go terribly wrong.  There is another breed of alien, not fully develop but just as ferocious.  It seems to set the mood and the anticipation of what’s to come.  But, unfortunately what’s to come is a mix bag of intellectual hyperbole, kung fu fighting androids, and blood and guts.  If you are of fan of Prometheus, then this is for you.  But, regrettably, I am not.

Prometheus is a psychological thriller that revolves around the beginning of the human race and the evolution of the alien creatures is secondary.  The Alien franchise films are full of action mixed with suspenseful “heart beat in your throat” wrenching scenes.  Somewhere between the two is Alien: Covenant.  It has the familiar cast consisting of a tough bad ass woman with short hair and a tank top (resembling Sigourney Weaver) trying to save the day; a rebel southern boy with a cowboy hat named “T” short for Tennessee (Danny McBride); and a trust or untrustworthy android, Walter (Fassbender).

Danny McBride stand out performance as “T” a loyal, humorous country boy with a heart of gold is admirable.  His portrayal is symbolic of that of Kenny Powers in East Bound and Down, but with a noticeably higher IQ.  Although Katherine Waterston’s character physically resembles Sigourney Weaver’s character Ripley, it is lacking the heart and believability of Ripley.  Ripley had audiences cheering for her in the end as they sweat, cried, and bled along her side during her turmoil in space.  Watertson’s Daniels is courageous, but two dimensional, lacking the enticement of emotional involvement by the viewers.

Director’s Ridley Scott’s resurrection of the Alien franchise seems to be an evolution of the Prometheus franchise.  Some may argue that it is one in the same.  But as a fervent fan of the Alien movies, it sure does not feel that way when watching.  It is like an old friend that you were madly in love with when you were younger and you run into him or her by chance years later.  When you first see them, the lump in your throat and the fluttering of your heart is still there.  But after a conversation over coffee, you realize the spark has faded.  You want it so much to be the same, but it is just not.  Fans of science fiction and the Prometheus film may enjoy this film.  But to the avid admirers of the Alien franchise moves, maybe it is time to move forward.