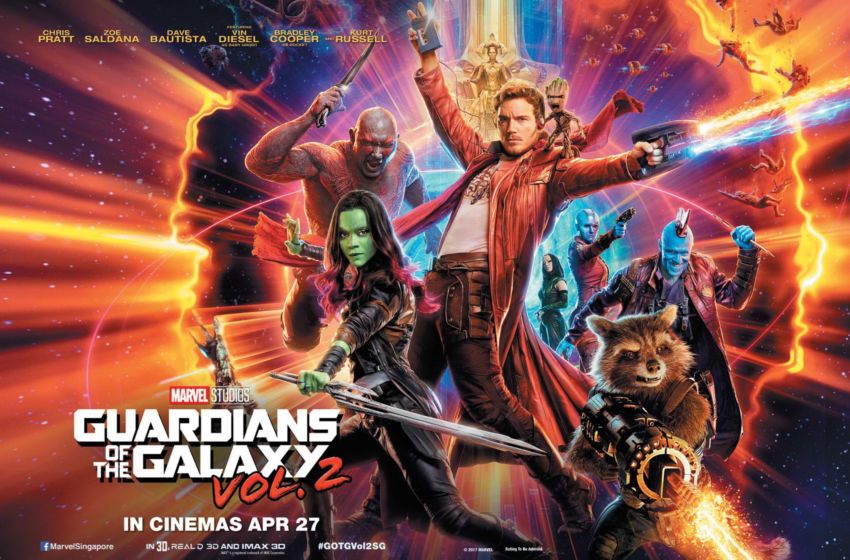 Guardians of the Galaxy Volume 2

When it comes to creating a brilliant representation of graphic novels to the big screen, it is truly a Marvel universe.  Because of movies like Deadpool, Logan and now Guardians of the Galaxy Volume 2, traditional comic book movies have been tossed out the window.  The days of first, the hero is born; secondly, the hero gets powers; lastly, the hero saves the day, no longer exist.  Appealing to a broad audience with either a PG or PG-13 rating formulate story line is gone.  With Guardians of the Galaxy Volume 2, you get a universe with and array of unique characters in an unconventional comic book film.

The Guardians, once an assembly of misfits and criminals, are now heroes of the galaxy.  They must help their leader Star Lord (Chris Pratt) uncover the truth behind the death of his mother and newfound father, Ego (Kurt Russell).  Getting to the truth comes with its set of obstacles.  Old adversaries turn to allies and Gamora (Zoe Sladana), Drax (Dave Batista), Rocket (Bradley Cooper) and Baby Groot (Vin Diesel) along with new members of the dysfunctional family of Guardians find that they are up against a devastating new threat set out to rule the galaxy.

Loaded with an awesome mix tape vol. 2 of seventies hit songs, Guardians of the Galaxy takes you on an intergalactic roller coaster ride.  From Parliament to Earth, Wind, and Fire, to the Looking Glass to Cheap Trick, you are truly entrenched in the movie like that of a “quiet storm” radio night as you go into a hypnotic state of reminisce while listening to your favorite songs.  As with the first movie, you may not know where the film is taking you, but you will definitely enjoy the ride.  During the journey, you understand and enjoy the quirkiness and ridiculousness of it all, and appreciate its “neatly wrapped in a bow” meaning by the end of the film.  When you watch the Mary Poppins scene, you will understand the brilliance of its offbeat humor.

There are a lot of things happening in this sci-fi action/adventure film.  Ayesha’s intergalactic posse hunts the Guardians like that of some old western henchmen.  Gamora and Nebula (Karen Gillan) are trying to work out their sisterly difference as they are “hell bent” in destroying each other across the galaxy.  Baby Groot is coming into his own as he is ignorant (innocent) of the world around him, but is quickly learning the capabilities of his power.  Yondu (Michael Rooker) is having daddy’s remorse. And Peter Quill (Pratt) is learning like that of a young Jedi Knight that the force within him is very strong.

Sequels hardly ever live up to their predecessors. Some of the few successful sequels have been Aliens, Empire Strikes Back, and Terminator 2: Judgment Day.  And now you can add Guardians of the Galaxy Volume 2 to that list.  If you are fan of traditional comic movies that were describe at the beginning of this review, then this may not be for you.  But if you enjoyed the first one, you will most certainly appreciate the sequel.  By the very end (make sure you watch all the ending credits) you will be asking yourself, “Who in The Heck Is Adam?”  Do they mean the warlock?

Aliens in the Attic, a Mr. E Movie Review