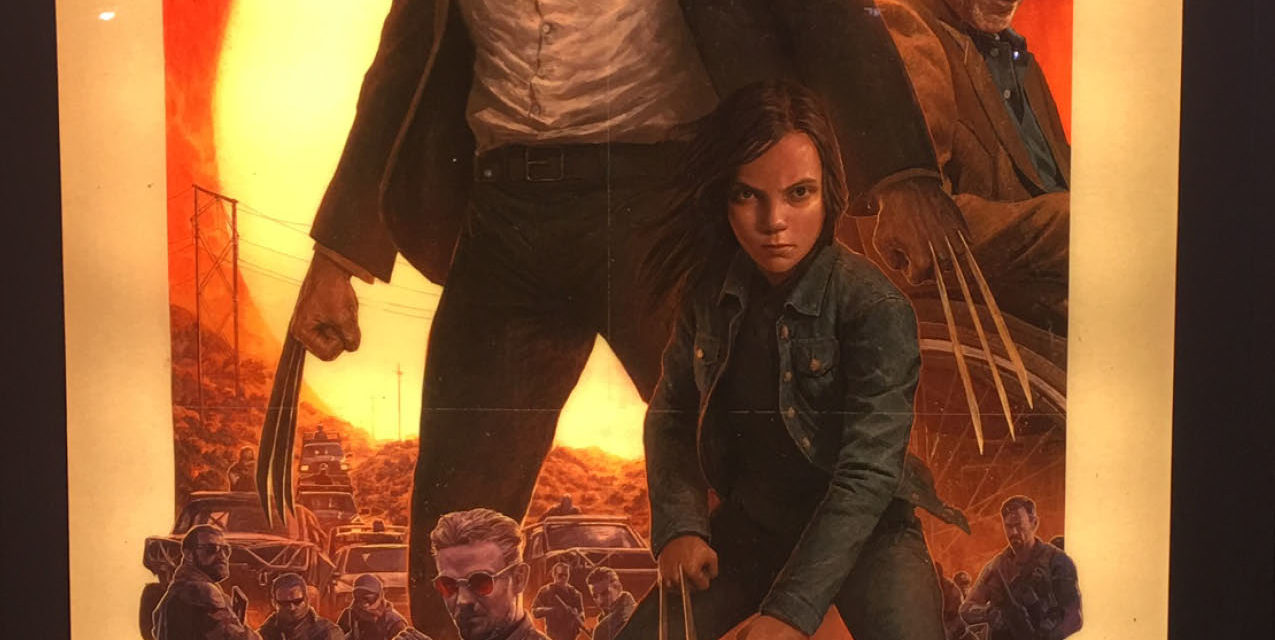 “Let the Bodies Hit the Floor”

When The X-Men was released in the summer of 2000, I was very excited that, finally, Marvel decided to bring this amazing group of characters to a live action film.  Of course, on Saturday mornings, I loved the animated X-Men Television series, but I longed to see it on the silver screen.  Although the movie was very enjoyable, those of us who read the comic book series knew that Wolverine was a savage beast when his Adamantium claws protruded from his skin.  He took no prisoners; a real “bad ass”.  But, because of the “getting a wider viewing audience” age of PG-13 movies, film makers were limited in capturing the true brutality of Wolverine that was so remarkably displayed in the self-titled comic book series.  In Logan, my thirst was finally quenched.  It was like growing up as an adolescent and forced to watch the much-edited TV versions of movies, then finally getting to see the unedited movie versions for the first time.  I was in awe and learned to appreciate it on a much different scale because it was so original and raw.  From the opening scene, I knew that this was not the Wolverine of years past, but a brand-new era.  The body count was high and the savagery was endless.  Body parts and blood splatter were plentiful.  As the metal band, The Drowning Pool, so poignantly stated in their 2001 metal anthem, “Let the Bodies Hit the Floor”.

In 2029 along the Mexican border, Logan (Hugh Jackman) is a shell of his former self.  He drinks heavily and works as a chauffeur trying to save up enough money to help care for an ailing Professor X (Patrick Stewart).  Their life of solitude, cut off from the world around them gets interrupted as a young mutant (Dafne Keen) arrives bringing chaos with her.

On July 14, 2000, Hugh Jackman graced the screen as the iconic comic book hero Wolverine, from the X-Men series.  Little was known about this Australian born actor.  Before this, he acted on stage and had little known roles on television.  I questioned, or just did not agree, with casting him for an important role for such a beloved comic character.  Obviously, I could not have been more wrong.  For over twenty-five years, he has played the character on an astonishing ten separate occasions.  But Logan is his best portrayal of the character to date.  He humanizes Wolverine as an old, sarcastic beaten former member of the X-Men, making him more vulnerable and subjectable to the world he had once known and forgotten.  His onscreen chemistry with Patrick Stewart is reminiscent of Jack Lemon and Walter Mattheu in Grumpy Old Men.  The two have dialogue full of profanity and spitefulness, but it is derived from love and sentiment for one another.  At times, it is very comical and this stems from years of working together and developing real chemistry.  Newcomer Dafne Kee portrayal of Laura as the newest mutant gives the movie that “X” factor; pun not intended.  Not to give away too much, but once you see her in action you will not be the only one with your mouth wide open from astonishment in the crowded theater clapping your hands in disbelieve.

Overall, this film is a “must-see” for X-Men and Marvel fans alike.  It does have its slow moments, but you know this walking in.  You understand that this is unique in the story of the X-Men or Wolverine series that requires character and story development.  No, it is not the best comic book story or character to be portrayed on film (I still believe that The Dark Night should have been nominated for best picture in 2008), but it does belong on The Mount Rushmore of comics to feature films.  Even if you are not a comic book fan, but you love action films with interesting characters and story lines, run get your ticket, be ready for bloodshed and really enjoy cinematic excellence.  Logan will not disappoint you.  One last thing, D.C., can you please step-up?

They Couldn’t Save The World…. But They Can Avenge It.