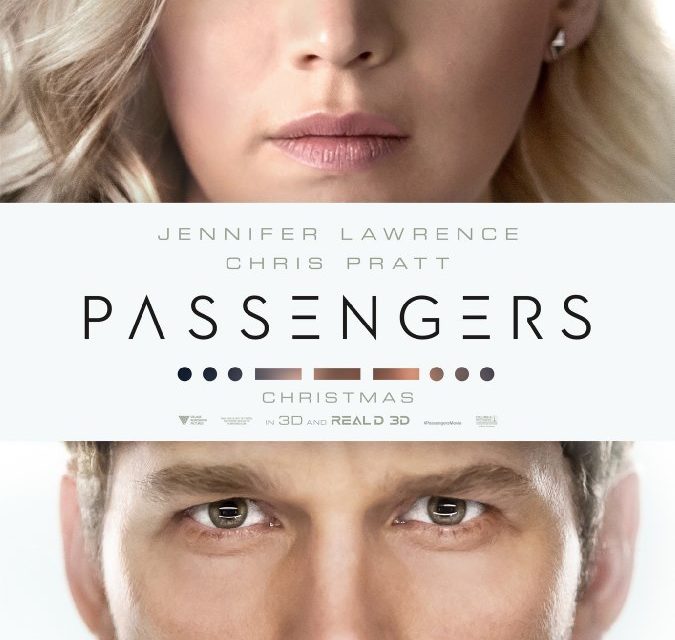 PASSENGERS left me feeling is rather flustered. The sci-fi genre has taken a toll over the past few years and I had my reservations moving onto this one. If memory serves me right the last movie of this genre that had me glued to my seat was PROMETHEUS which is nearly half a decade ago.

Directed by Morten Tyldum (THE IMITATION GAME) and written by Jon Spaights (PROMETHEUS), for the more experienced viewer PASSENGERS already is a must see. If this doesn’t sell it, then the following name drop may? Academy Award winner Jennifer Lawrence and Chris Pratt (Jurassic World) concocts an amicable performance as the Avalon (aka large spaceship) carries 5000 passengers and is en-route to a new planet, Homestead II. Possibly because the earth became too crowded or entirely unlivable (I wouldn’t know). A journey of some 120-ish years between them. The entire crew and passengers are in hibernation and is supposed to woken up automatically approximately 4a months before arrival at Homestead II. An unexpected disturbance in the flight path results a sleep-pod to malfunction and awakens Jim Preston (Chris Pratt) 90 years in advance. Now if this does not make you want to watch this, I am not too sure what else about this movie will.

All by your self, in an unknown environment where the only option for survival is falling back into sleep.  This is the best part of the movie. PASSENGERS takes off so well and displays bizarre potential from the get-go. Every minutes of the CASTAWAY experience of Jim is intriguing and then it spirals. Everything else here on-down is a slow demise of beautifully introduced movie.

His heart unquestionably is in the right place as Spaights makes the effort to capture the essence of the plot in the script. Just like the Avalon, the plot is lost in an abyss. The plot explored too many avenues that the worthy acting and the above average CGI could not keep the seams stitched together (Should have stuck to one storyline). There is beauty at first, firing the right cylinders in our minds and then swiftly deviates from situation to situation leaving everything behind half baked and eventually losing its potential of being something major.

Its good, it almost became great but it doesn’t quite get there.