Sully tells the true story of airline pilot Chesley Sullenberger, who successfully managed to execute an emergency landing on the Hudson River in 2009. Starring Tom Hanks and directed by Clint Eastwood, it is a tale of quiet heroism and moral resilience. Hanks carries off the lead role in his inimitable style, turning in the kind of performance in which one can easily become convinced that he actually is – and always has been – the eponymous airline captain.

Hanks’ character finds himself first lauded as a hero, only for his actions to be drawn into question, as his employer attempts to cast him as having acted irresponsibly. It is a movie of two tempos: the panic-inducing, anxiety-ridden moments of terror as the airplane’s engines are blown out, and its subsequent descent over a crowded Manhattan; then the scenes of contemplative reflection and growing indignation as subsequent events unfold.

Without the experience and acting talent of Tom Hanks, Sully could have been a disappointing movie. The lead role is one that few actors could have pulled off without appearing strained and flat. As it turns out, Hanks nailed it, with an astonishingly compelling performance that will be remembered among his best. As may be expected, the crash scenes also deserve a special mention, so convincingly put together as they are. There is a good portion of this movie in which you’re highly likely to be holding onto your seat.

Clint Eastwood also deserves credit for managing to avoid turning the movie into a cheap thrill flick about a near-miss plane crash. Instead, he has created a film that works well on several levels. We do get our thrills – far from being cheap, they are convincingly frightful – but the work as a whole will surely be remembered for yet another stunningly successful character portrayal by Tom Hanks. 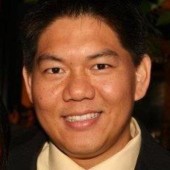 I'm the Moderator/Admin for this website. Not much to say about myself, but you can probably tell what my all-time favorite movie is.