In 1993, the move “Jurassic Park” bases off the book my Michael Crichton of the same name, took the world by storm with its groundbreaking visual effects by emulating dinosaurs to the big screen, and sense of urgency. It became a massive success, and spawned a franchise like any other. However, the sequels were sub-par at best, and they really did not capture the excitement of the original. Now, we have “Jurassic World”, a completely new entry in the franchise, and the fourth film of that series. The hype is intense, and everyone is excited to go see it. And the end result of this latest installment is: okay. Nothing spectacular, nothing groundbreaking, just okay. There are some problems with the movie, but the good does outweigh the bad in this scenario. “Jurassic World” may not be perfect, at least it’s entertaining.

The plot involves several characters all centered on a theme park known as Jurassic World, built on the same island where the first park was created. This time, the park gets an upgrade with bigger and better attractions. In the labs, however, scientists have created the world’s first genetic dinosaur, which is ready to be shown to the public in a few weeks. What could possibly go wrong?

“Jurassic World” is an interesting entry in the franchise. For one thing, it does offer a nice much-needed upgrade to the franchise by dealing with things that are now common in theme parks today. For example, advancements in scientific technology, and corporate sponsors plastering their names on attractions. Another interesting thing to note is that dinosaurs look and sound like like their original designs. The action is set up nicely, and there is some good tense moments throughout. Even the acting isn’t all that bad, as we have big name stars like Chris Pratt and Bryce Dallas Howard as our main leads. “Jurassic World” also excels at its production level. Technically, the movie looks and sounds good. The costumes fit the environment. And the cinematography looks good.. “Jurassic World” is definitely an eye candy movie.

However, that’s not to say the entire film is perfect. For one thing, the story involving a genetic man-made dinosaur is bound to raise to some eyebrows; the design of the dinosaur itself is not that interesting. Speaking of which, we have a villain in the movie played by Vincent D’Onofrio, who doesn’t really belong in this movie to begin with. Now, onto the big problem with the movie: it tries to appeal to the fan base of the series. While this is not a bad thing, we’re constantly reminded by the musical score from John Williams, as interpreted by Michael Giacchino‚ and the fact that there are tons of references to the first film, which is a little bit annoying. This movie feels like it was made on the aspect of nostalgia alone.

In conclusion, while “Jurassic World” may not be as groundbreaking as the first film, it still has enough entertainment value for everyone to enjoy.

Birds of Prey and the Fantabulous Emancipation of One Harley Quinn 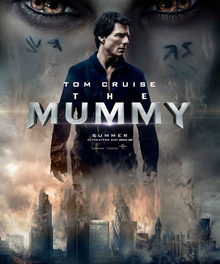