When faced with an evil worse than death itself, would you saw off your own arm, rip your own hand off or, bury your only sister alive, to save your life? Well, the characters in “EVIL DEAD” face these exact horrors and more, in Fede Alvarez’s take on what many consider a re-imagining of the Cult Classic franchise of the same name that made Bruce Campbell a household name for every horror fan young and old.

Evil Dead follows five teens who venture to an old remote cabin in the middle of the woods to help their friend, Mia, quite drugs “cold turkey.” But, when one of the teens stumbles across a book bound in human flesh, (the Necronomicon, or “book of the dead,”) he unknowingly unleashes an evil presence that slowly starts brutally picking everyone off one by one in a gruesome bloodbath, until only one remains and is forced to fight back, to survive the night, all on his own.

This film will leave you feeling the need to take a shower to wash the sheer amount of blood off of your mind, while leaving you wanting more. To live up to its fame and legacy that the 1981 original cult classic has gained over the years, this film is drenched in blood, and will take you on an emotional roller coaster that will have you switching emotions from one second to the next.

Fede held true to the legacy and did not disappoint fans. The amount of bloodshed, or “blood showers,” has been ramped up from the original. Not one inch of the screen doesn’t get completely drenched in horrific and hilarious amounts of blood. Unlike the original series, Fede’s vision of Evil Dead is much darker; far more disturbing and terrifying. Where the original would have you laughing from how ridiculous it was, this one will have you screaming and covering your eyes in terror.

From the hand-held camera shots zooming through the forest, to Ash Williams’ car sitting, abandoned in the back of the cabin, this film pays extremely careful attention to detail to pay tribute to the franchise’s origins. Iconic images, moments and, even props are, rather blatantly, thrown in your face throughout the film. The style we are presented with these iconic references to the original, is done in such a way that it is as if the director is nudging you with his elbow saying: “Hey, look what we did… you know these things, we did not forget!” and winking. Moments that will have die-hard fans smiling from cheek to cheek and cheering.

With Evil Dead being in the hands of Fede Alvarez, it allowed for a lot more exploration and experimentation. They delve deeper into the realm in which Evil Dead truly takes place. Expanding on the original story, presenting new information and twists on what we already know. The way in which it is written leaves fans to speculate what exactly this film really is. A remake, re-imagining, or some may even argue it is actually a sequel to the franchise, presenting us with the idea that these events are cyclical, repeating themselves every so often when someone unwittingly summons the darkness.

The attention to detail and the special effects of the film are far more realistic than they were in 1981, and will have even the most strong willed, shielding their eyes. At the same time, each death features one or more little iconic nod’s to the original that will have you smiling and laughing. This film is a perfect example of how to create a genuine horror film. While it has its comedic elements, this film will have a lasting effect on every single tortured soul who is subjected to this bloody, horrifying, nightmare-inducing film.

From the amount of blood showering every inch, every second, of the film, to the ways in which characters kills themselves, you will experience extremely mixed emotions. This film will take you on an emotional ride that will forever change you, and your world view. In doing so, this film provides proof positive that Horror, as a genre, is alive and well, and, while characters may die left and right, the genre will not be dying out anytime soon. 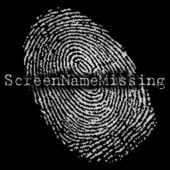 I am an avid film enthusiast who loves to act, write, direct, edit, watch, and critique films. Acting, writing, everything, is what I live for.