Jackass present: Bad Grandpa review.
Bad Grandpa is an outrageous comedy from the crazy minds behind jackass. It stars Johnny Knoxville as Irvine Zisman, the ‘bad grandpa’ and rising star Jackson Nicoll plays Billy who is his grandson. It is set across America as Irvine tries to reunite his grandson with his father and they get up to a lot of antics along the way.
Irvine is trying to get Billy to his father. There are numerous stops and obstacles that they both have to work around such as a strip club where Irvine feels the need to join in, a beauty pageant where billy is disguised as a girl and trying to win it. Other scenes include trying to post Billy, performing magic tricks and ordering food with a side order of ‘puntang’.
The acting in this film is truly phenomenal as young Jackson Nicoll is only 8 years old and manages to pull of pranks that would put some of the jackass guys to shame. If he hadn’t of been so believable in scenes such as the beauty pageant, then he would of broken the illusion and would have ruined the scene but it truly was amazing to watch. Johnny Knoxville as ever was very believable in his role of Irvine and managed to keep a straight face along with his incredibly witty one liners. Hopefully, this is a start of a double act that we can look forward too in years to come as you fall in love with the characters even though if you met Irvine, you probably wouldn’t want to see him again.
Another aspect of the film is its extremely talented makeup department. To transform Johnny Knoxville into Irvine Zisman took a total of 3 hours each day which needs a lot of patience and skill to do so and the end product looks fantastic and completely unrecognisable as Knoxville. Another area of the film where the makeup department did amazing was turning Jackson Nicoll into a pretty little girl and they did so using fake tan and lipstick to doll him up and no one suspected a thing and it was truly remarkable.
In conclusion, Bad Grandpa is a scruitaningly funny comedy that is also some what sweet in its own right. This film has kept me saying my favourite lines over and laughing at them everytime. It is absolutely fantastic and definitely worth a watch from everyone. 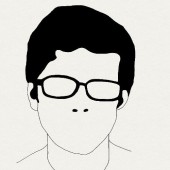 2007 Academy Awards: What Should Have Been