What does Gone Baby Gone have in common with Good Will Hunting(1997), Boondock Saints(1999), and The Departed(2006)? Well they all take place in or around Boston. There is something to be said about Boston and it’s ability to create unique situations that capture the attentions of movie goers. That fact rings true in Ben Affleck’s directorial debut. The film stars his younger brother Casey Affleck with supporting parts played by Ed Harris, Michelle Monaghan, Amy Ryan, and Morgan Freeman.

Casey Affleck plays a private investigator named Patrick Kenzie, who is hired to find a 4 year old girl who went missing from her home. Kenzie, along with his girlfriend/associate accept the job, but are hassled by the police from the beginning of their investigation. The police do not like the idea of second private investigation being run, but Kenzie who grew up in the area and knows people that may have information and that are unwilling to cooperate with the police. Because of this, they allow him to continue with his investigation and even share information with him with hopes that he may get a lead that will find the missing girl. As usual, Kenzie realizes that this investigation is more than what it seems and that he is in way over his head. With the occasional firefight and/or plot-twist, the story moves along with a somewhat foggy vision until events are explained and motivations revealed. The movie will have you feeling like a second viewing may be necessary, but I did not mind as the movie was highly entertaining.

As much stuff as people say about Ben Affleck, he shows that he is a confident and competent director.  As for his brother Casey, he continues to show he can act with the best of them.  The supporting cast is filled with great performances from Harris, Morgan, and Ryan who was nominated for “Best Supporting Actress”. I look forward to the next project from each of the Affleck brothers. I give this film 3 out of 5 stars. 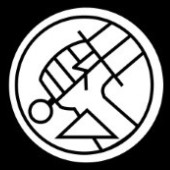 I am a huge fan of movies, comics, and games. I write movie reviews as a hobby but take it seriously. Please leave comments, as I would like feedback on my reviews. Thank you.

The Little Girl Who Lives Down the Lane