Setting the standard for action movies for decades, The Road Warrior, or Mad Max 2 as it was released internationally, entranced audiences in the theatres of 1981 with its bleak vision of a future society almost completely devoid of gasoline and morals.  Principally a platform for Mel Gibson, returning as the titular Max, the film also stars Bruce Spence and Michael Preston.

The Road Warrior preserves the continuity of the first film, focusing upon former peacekeeper Max struggling to live with the loss of his wife and child while surviving in the dystopian Australian wasteland.Roaming the highways in search of food and fuel, Max quickly draws the attention and fury of a large group of scavenging marauders led by The Humongous, a physical monstrosity serving as feudal lord of the wastes.  In rescuing an intended victim of Humongous’s hordes,   Max, with the assistance of the opportunistic Gyro Captain (Bruce Spence), gains entry to the civilized outpost of Papagallo (Mike Preston).  This refuge represents one of the world’s last working refineries and bastions of decency and is under constant attack by the future’s other degenerate survivors.  Striking a series of bargains with the group, Max agrees to aid them in a desperate escape from Humongous and a flight to the presumably safer coast with their precious supplies of petrol.

The film’s many combatants are prime examples of movie costuming at its finest.  Warrior garb often includes remnants of a more civilized past, such as safety helmets or sports equipment, intermixed with chains, spikes, shoulder-pads, and ever-present leather.  Wrist-mounted crossbows, bandoleers of bolts, flamethrowers, spears, knives, and clubs also serve to remind the viewer of the fallen state of society and the scarcity of more “civilized” weapons.  The purity of Papagallo’s people is symbolized in their Bedouin-style white scarves and tunics.  Conversely, Humongous’s metal goalie mask, strapped tightly to his skull and accentuating the throbbing veins in his scalp, is a menacing presence and clear and present evidence of the stern, unforgiving nature of this warlord-ruled world.

Furthermore, this desolate landscape may be barren in terms of wildlife and water, but this environment serves as a fitting backdrop for the film’s many chase scenes and vehicular battles, some of the most thrilling in cinematic history.  The movie’s principal photography focuses upon the road as it stretches off for miles into the vast nothingness, giving the viewer little hope of seeing nothing more promising for Max over the horizon.  Additionally, the vehicle-mounted camera shots give a sense of motion and urgency from both the perspectives of the chased and their pursuers.  The vehicles themselves, mostly converted dune buggies, motorcycles, or diesel trucks, seem to take on lives of their own before most meet fiery ends or vanish in clouds of dust after convincing crash and aerial sequences.

Overall, The Road Warrior is the standout film of the Mad Max trilogy.  Mel Gibson’s characterization of Max expands upon the framework of the original film and makes the character a true action icon.  Also, a very strong performance by Bruce Spence as the Gyro Captain completes the cinematic formula of high-octane adventure mixed with black humor that would serve so well as a model for box office success still today.  The Road Warrior deserves regard for defining both the action genre and apocalyptic science fiction; so, when one sees the idol-worship given to Max by the film’s feral child, one could hardly argue. 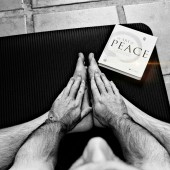 I am a self-professed movie freak. If it flickers, I will watch it. I have a life-long love of cinema and a private collection of films in various formats that continues to grow to an almost embarrassing number.