This tired and tried Romantic Comedy starring Matthew McConaughey and Jennifer Garner did not, as expected, deliver…however…it could have. 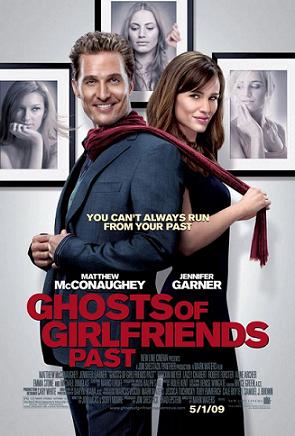 As much as I try like him, Matthew McCona-Pardon always leaves me with the urge to buy him a back brace and acting lessons. His only asset (his looks) are shamefully abused as he plays Connor Mead (Ugly Betty anyone?) a Southern playboy photographer with a sad past and so an inability to respect and love a woman for the rest of his life. Loosely (and I’m sure they felt cleverly) based on the Charles Dickens novel, A Christmas Carol, Connor is the “screw-ge” of the show as he tries to convince his younger brother (Breckin Meyer) not to marry his fiancé (Lacey Chabert).

Connor basis his theories of life on the wisdom of his deceased Uncle Wayne (Michael Douglas); the ultimate playboy Bachelor. As his views are not loved nor respected by normal people, (or the secret love of his life Jenny Perotti (Jennifer Garner)), Connor soon finds himself drunk and alone in the bathroom and that’s when Uncle Wayne’s ghost (or “Jacob Marley”) comes in and informs Connor that he’s wasting his life and will be met by three ghosts that will hopefully (obviously) change his entire perspective on life.

We soon discover Jenny has a HUGE role to play in the demise of Connor Mead’s stunted emotions- as she snubbed him (yes snubbed him) at their junior grade dance because he didn’t have the kahoonahs to ask her for a dance himself.

It was a sigh for me to see Jennifer in such a movie as I have been loving her work of late (Catch and Release, Juno), but I’m glad to say she maintained her excellent standard even if her script was lacking. Her self sufficient character leaves you knowing the ending off the batt as she still holds that special flame in her heart for Connor even though he’s only ever treated her badly. I’d like to say as a woman this isn’t how it goes, but moving on.

The first ghost eventually arrives. Allison Vandermeersh (Emma Stone) is just wonderful as the ghost of girlfriends past and will have you laughing out loud before long. I must say that the entire movie is carried by the supporting cast; I would actually put myself through this again for them. Next we have Connors hilarious assistant Melanie, (Noureen DeWulf) as the ghost of Girlfriends present and finally the pretty but otherwise mute Ghost of girlfriend’s future. A hundred flashbacks and montages later Connor is left alone to make the decision of his life; can he change and learn to trust and love someone?

All in all it’s the same old same old Hollywood romance- but if that’s your thing then you’ll love this movie. I felt it could have done better with a meatier story of more substance and then, actually, it could have been a rather fresh romantic film. I’d give it a 5.8 (out of ten). 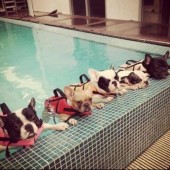 I think I think too much. i love my life. I'm 25 turning 18 hopefully if I can get this potion to work!! I work as a Sales Consultant for Large format printers in sunny South Africa- yeah baby :) I don't eat pumpkin...or koo beans...or poo (this will only be funny to some people, actually just one person ;) personal joke- but just so you know I really REALLY wouldn't). I love writing and I hope you will enjoy reading it. "A spade is a spade is a spade"