QUICKary Review: Revolutionary Road is an intense film with GREAT performances; it’s one of those films that could easily reinforce fear into anyone who already feels as if they’re “trapped” in their life.

Revolutionary Road provides a raw look at the love-hate relationship of a marriage on the rocks. On the outside, Frank (Leo DiCaprio) and April (Kate Winslet) are just like any other married couple living in suburbia in the fifties. They have a nice house and two kids. Frank is a businessman and April is a homemaker. They’ve settled into a nice life on Revolutionary Road, but THAT is the problem. Frank hates his job and April hates the fact that she never fulfilled her dream of becoming an actress. Each one allows the fact they’re going through the motions of what they believe is a dull, mundane life gnaw at them until the breaking point, which they take out on each other in explosive arguments. Their marriage has led them into a hopeless, empty life.

April believes they can escape if they pack up and move to Paris, because it makes perfect sense to uproot your kids (who we only see literally 3 or 4 times in the movie) and move the family across the Atlantic. Frank eventually agrees, but it’s funny to watch as all of their friends or coworkers seem to think it’s a silly idea. Of course the promise of Paris comes to an end once Frank is offered a promotion at work, and April discovers she’s pregnant. All of their decisions are, in their minds, meant to grant them each the life they want. However, in reality their motives are purely selfish. They somehow believe they are special. But once their dreams are spoiled yet again, the final meltdown begins.

The best parts of this movie are during Frank and April’s fights. It’s the kind of explosive argument that leaves those watching it feel uncomfortable, as if we’re there in room with them. Their fights get more intense as the movie goes along; the pure emotion flows from DiCaprio and Winslet’s brilliant performances. With their chemistry you’d think they’d been acting together for years, though this is the first time they’ve been together since “Titanic.”

Michael Shannon also gives a GREAT performance as John, a guy recently from a mental who’s the son of a real estate agent (Kathy Bates). Not only does John’s vocal and incredibly blunt nature provide humor, it also serves a knife that cuts right through Frank and April’s delusional bullcrap. John shows no mercy as he calls them both out and force feeds them the reality neither wants to face.

Though it felt like the story in Revolutionary Road unraveled a bit at the end, it’s still a great movie led by powerful performances from DiCaprio and Winslet. It’s a shame neither received an Oscar nomination for their performances. 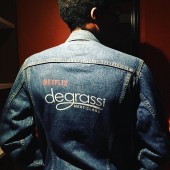 Iron Man 2 – Fantastical,Eye-popping,Pure Entertainment & Overwhelming in its Genre of Productions… A must watch movie :)