Finally the film we’ve been waiting 8 years to see since the 2001 original is here !! Its once again set on the Los Angeles street racing circuits and comes complete with many of the iconic characters from the 2001 original for example Paul Walker once again playing Brian O Conner and The much loved Vin Diesel who plays Dominic Toretto. Also the female cast from the orignal consists of Jordana Brewster (Mia Toretto) & Michelle Rodriguez (Letty).

The plot for this story is that this film is showing events 5 years on from the original, As Dom is hiding out in the Dominican Republic after having been let go by Brian at the end of FF1. It’s here that he meets Han who we should all know is in the 3rd film tokyo Drift. Brian connor however was meant to be in prison in Arizona but he was let off and placed back into the field as an undercover agent for the Feds. A drugs cartel is discovered which involves the transortation of Drugs to South America by a man that the feds have been trying to track, a man by the name of Antonio Braga. So how does this tie in with both Brian and Dom being re united i hear you ask. Well An Event happens that Dom is adament on getting his revenge for the loss of a certain individual and the only way to get to this man Braga is by racing and whoever wins works for Braga in the transportation of the drugs. However in order for Brian to arrest Braga he must also compete in the same race as Dom. The government are also trying to track down Dominic Toretto for the 5 years since the original. So this leads into a very fast paced, action packed movie where brian has to really decide which side he really is on.

The acting in this movie is top notch as we know the combination of Vin Diesel and Paul Walker go like ice cream and cake. The action scenes are superb with great CGI effects and great racing scenes, incorparating a more logical way of racing than cournered off parts of road, they’ve finnally managed to implement GPS woo !!! Lets just hope no one gets sent the wrong way. The cars are absolutley beautiful bringing back the georgeous 1970 Charger R/T supercharged from the first fast and furious. Also a sexy import skyline, along with the new Mustang brings great viewing for any car enthusiast. But if cars arn’t your thing then theres plenty of ladies dancing around so im sure this will appeal more to you fellas. But don’t think im leaving you ladies out thou because im sure Paul Walker and Vin Diesel are eye candy for you lot. So there really is something for everyone!

Overall I thought this film was amazing, a real step up from 2fast2furious and easily beating Tokyo Drift which just diverted everything from the original plot. The Action scenes are very “hollywood” but ooo soooo lovely. So if your a petrol head, a girl looking for some lovely lads or even just one of them guys who goes on his own to see the ladies in the film then I fully  reccomend that you go and watch this film and you will not be disapointed, alsoo a brilliant cliff hanger at the end suggest that another film is in the works, so stay tuned. 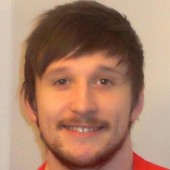 Hey guys ! im a 17 year old lad from the United Kingdom, I play guitar , im really into sports and i love my movies !! Bad Boys 2 has to be my all time favourite film but many many other titles come close.