The Princess Bride is often noted as a “classic,” yet not in the traditional sense. In addition to being humorous, it includes an outstanding cast of characters that are developed and amusing in classic Rob Reiner style.

Peter Falk, as the grandfather of young Fred Savage, narrates the ideal love story jouney of Princess Buttercup (Robin Wright Penn) and Wesley (Cary Elwes) as they embark on the true love story journey of a relatively privileged young woman and her loyal servant. Life circumstances initially draw them apart, yet ultimately they come together in fairy-tale romance style through a series of clever trials and tribulations. Inigo Montoya (Mandy Patinkin) and Prince Humperdinck (Chris Sarandon) excel as supporting antagonist characters, contributing to the witty performances that ensue throughout the film. Billy Crystal and Carol Kane make superb cameos as “Miracle Max” and his wife, as they attempt to revive Wesley after he is tortured and supposedly dead (a sub-storyline that I’ll leave to the viewer to discover).

Reiner’s cinematography isn’t particularly notable, yet fits the storyline with its castles and villages that are characteristic of centuries ago. The viewer flows easily through the film; each drama that unfolds isn’t an extreme tragedy or marvelous feat – it is just simply engaging, with a surprise around each corner.

For over 20 years, a few of the film’s certain repeated lines have been embedded in fans’ memories – and one can see why. It’s an easy film to watch over and over again, but it’s not mandatory; simply do “as you wish.” 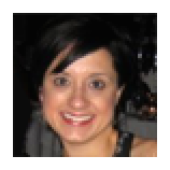 An long-time, avid, obsessed movie-goer, I soak in all film genres, but have a special place in my heart for independent and foreign films. A professed writer, movie reviews are a perfect way to marry my passions and skills, while having some good fun (and a great bag of popcorn).

Transformers Dark of the Moon: Was it a good finale for the trilogy?