“From the writers of The Hangover” comes 21 and Over, another comedy about people getting really drunk and then having a bunch of crude and insane things happen to them. The difference here is that the three leads are not trying to find their buddy; they’re instead trying to find their buddy’s house. Oh, and the buddy whose house they’re trying to find has passed out and has to be carried from place to place as the circumstances around them continue to get more dire.

Let’s back up a bit. It’s Jeff Chang’s (Justin Chon) 21st birthday. He’s a pre-med student who has a big interview the next morning. His best friends, Miller (Miles Teller) and Casey (Skylar Astin), have come to his apartment to surprise him and take him out for drinks, as is the American custom. Upon learning that the biggest interview of his life is the next day, Casey does the responsible thing and says that those plans can be postponed. Miller threatens to keep Jeff Chang up all night if he doesn’t come out. “One drink,” we’re told. Like that’s going to happen.

We don’t even see Jeff Chang resist the party once it starts. He’s loaded by the time we’ve zoomed forward in time, and only gets worse over the montage depicting the group’s bar-hopping. Eventually, he’s passed out and time is running out to get him home and to bed. The other two friends are from out of town — they’ve all separated once college started, I guess — so they don’t know their way around. They spend nearly the rest of the film attempting to get him into bed before 7AM.

Doesn’t this sound familiar? Three guys trolling around a certain location in hopes of finding something, or someone? While doing so, they find themselves in a bunch of “I can’t believe it” situations, while also learning things about the others that perhaps should have been better left a secret. When Casey and Miller find a gun in Jeff Chang’s pocket, and later learn that he was arrested by the police, we have a mystery on our hands. One whose conclusion is mishandled so badly that I thought there must have been an alternate ending.

It feels too similar, I suppose. We’ve seen movies that contain situations more shocking than this. When a guy gets run over by a buffalo — which we don’t actually get to see, by the way, because the camera cuts to black before impact — that winds up being one of the more “crazy” points of the film. Sure, a couple of other moments are funny at the time, if only because at least one of the guys — Casey — doesn’t seem like he deserved to be put through them, but they’re kind of bland for the genre.

There are a few running gags scattered throughout — always calling Jeff Chang by his full name being one of them — but most of the humor in 21 and Over comes from the situations themselves. That can work for some people. Many of you might find a lot of the film funny. It wasn’t for me. Watching stupid people act pretty stupid and have bad things happen to them isn’t the funniest thing in the world. Like I said, there are a few good moments, but not enough of them to fill the 90-minute running time.

Moving away from the amount of laughter, which is about all that matters in a comedy, the dialogue also leaves a lot to be desired. The film was written and directed by The Hangover writers, after all, so that should be expected. It’s all profane and silly, and accomplishes one of two things: exposition or forced character development. The dialogue itself rarely attempts to make us laugh. That’s a problem, since there’s a good deal of time spent walking from place to place.

It says a lot about our main characters that they wind up being chased and/or hated by everyone they come into contact with. They wind up being hunted by at least three groups of people as the film progresses, all of whom show up seemingly at random. These groups are often forgotten about until the script calls for them to pop up for a few minutes. You forget, too, and it makes their reappearances seem to come out of the blue. Sure, the film is about these three guys — although it’s really two of them because Jeff Chang isn’t awake for most of his screen time — but if you want to continue bringing back these secondary characters, at least treat them with a little respect.

I’m sure that all of these actors have talent. Justin Chon turns in the best performance in the film whenever he’s awake. Skylar Astin was in Pitch Perfect and fared much better there. He delivers every line with great sincerity, but that doesn’t work with this type of character. Miles Teller was in Project X, and plays the same type of role here. He isn’t good in either.

21 and Over is pretty much the exact type of movie that you expect it to be. If you think The Hangover is funny, you’ll probably find this movie hilarious as well. It has issues with its characters, dialogue and situations, but if you find it funny you probably won’t notice. I didn’t like 21 and Over, but if it sounds like your type of thing, you’ll probably get some enjoyment out of it. And, to be honest, it’s at least better than The Hangover. Then again, a film that consists solely of paint drying on a wall would be funnier and more dramatic than those movies. 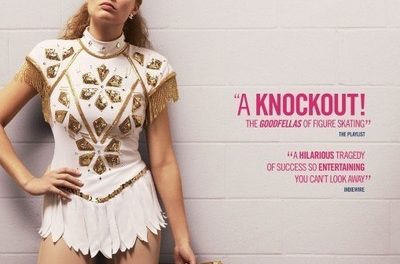