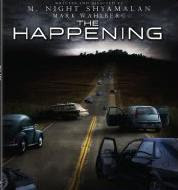 You know, I used to think that writer/director M. Night Shymalan was actually a really talented filmmaker; one who knew how to make movies that audiences the world over could enjoy. I mean this was the man that chilled audiences with his breakthrough hit “The Sixth Sense”, showed us a burgeoning hero coming to grips with who and what he was becoming in “Unbreakable”, and then explored faith and paranoia in “Signs”. As good as those movies were, with “The Sixth Sense” being the best of them, after only three movies something began to go wrong and we were suddenly given some rather underwhelming films, such as “The Village” or the extremely dull and quirky “Lady in the Water”. Even with M. Night’s apparent fall from Hollywood grace due to his previous two efforts, his latest movie looked as if it might actually have what it takes to stand tall amongst the earlier work in his career. However, after watching the recently released “The Happening” I have now come to the realization that M. Night Shymalan is officially overrated and that he no longer understands what it takes to make a truly great movie.

“The Happening” follows a science teacher, Elliot Moore (Mark Wahlberg), as he tries to grasp what is causing some extremely bizarre events that have begun to plague the people around him. As more and more people begin acting strangely, Elliot senses that perhaps an unseen force is causing humans to do bizarre and violent things to themselves. The further Elliot tries to understand what is happening around him, the more shocking the truth becomes as it appears that humanity may be under attack from the very plants that surround us everywhere.

For some reason I really did want to see this movie when I first saw the trailer. Regardless, of the less-than-stellar results his last two films yielded, I thought that perhaps M. Night Shymalan had once more discovered what he seemed to have forgotten that made his early movies favorites among moviegoers. However, after only getting 20 minutes into “The Happening” it was painfully clear that I was wrong, and that M. Night had once again delivered a steaming pile of crap to audiences. Now, I did go ahead and finish this movie, but I couldn’t hardly wait for the 90 minute long running time to come to a close so that I could swiftly eject this movie from my player, and soon begin purging the memory of this movie from my mind; sadly I have yet to succeed in doing this completely.

The plot for this movie is such a ludicrous concept, and obviously done in an attempt to cash in on the whole “Go Green” craze that seems to be sweeping the nation. I believe even the most ardent “Green” supporter will laugh at the sheer stupidity of the notion that perhaps the plant-life of Earth is attempting to kill humanity in response to all the damage we’ve done to the environment over the years. As if the basic plot for this movie wasn’t bad enough, the dialogue was sub-par throughout the entire movie. I don’t know what M. Night was thinking when writing this movie, but he seems to have forgotten how to write clever, intriguing, and realistic dialogue for his characters to recite. In place of well-written dialogue we find surprisingly pointless conversations and even a few areas where characters are given a line to say that feels completely out of place given everything they’ve been experiencing over the course of the film. Essentially, nothing in the story for “The Happening” worked for me, and if the studio felt that this would be a nice attempt to cash in on the “Go Green” agenda, they were sorely mistaken as this movie made only a paltry amount of money during its mercifully brief stint at the box office.

To top off this movie’s horrible excuse for a story, “The Happening” also managed to have really talented actors give some of the worst performances of their careers. The movie’s lead, Mark Wahlberg (“The Departed”), is an actor who I would normally classify as extremely talented and one of my favorite actor’s in the business today; however, this movie really causes one to question what Mark was thinking in signing on for such an obvious flop. For an actor that generally chooses really good roles in typically great movies, this seems like a giant blunder on his part; especially when his overall performance is very uneven and generally uninspired, complete with some poor line readings and unconvincing acting in places. Supporting Mark we have actress Zooey Deschanel (“Failure to Launch”) who does an average job as Elliot’s distant wife, although a couple of times her performance seemed to falter, but this could have been caused by the rather dim-witted lines of dialogue her character was given to speak. Rounding out the primary supporting cast we have comedian and actor John Leguizamo (“Righteous Kill”). John is typically a fairly solid character actor, but here I think he was trying too hard to create a quirky character to the point that he ends up becoming more annoying than unique. I must point out that even though the cast had some rough spots in their performances, I believe a lot of the blame must rest with M. Night Shymalan for not giving his actors something worthy of their talents to work with.

At one time writer/director M. Night Shymalan was being heralded as one of the most original filmmakers to hit Hollywood in years, thanks in no small part to the blockbuster successes of “The Sixth Sense” and “Signs”; and yet over the course of his career, only half of the movies he has made have actually been worth watching. “The Happening” continues the streak of cinematic garbage that M. Night has dumped upon unsuspecting moviegoers hoping for some sort of surprising movie experience, the likes of which we haven’t seen since “The Sixth Sense”. Perhaps with three well-below average movies in a row both studios and audiences will cease to give this overrated hack a chance, at least until he can come up with a story worthy of our attention once again.

For those of you that may have noticed, “The Happening” is M. Night Shymalan’s first rated R movie, a fact that the studio is heavily touting in their advertising for the recent DVD release; but I honestly can’t say that I saw anything in this movie that should have garnered such a rating. Although, I do find it somewhat humorous that the only aspect of this movie the studio’s marketing department can choose to focus on is its rating. When something like this occurs it’s a pretty clear indication that the movie won’t be worth your time or money.

“The Happening” is rated R for violence and brief language.