I was really excited about seeing this one. Maybe even more so than The Dark Knight. Okay, that might be pushing it, but lets just say the buzz level was very high. I was there opening night. So, a little preparation and a bit of body spray to cover it up, and I was off to ride the Pineapple Express.

Seth Rogen and James Franco team up for the first time as two of the most gratifying stoners to reach the big screen. Dale Denton (Seth Rogen) is the stoner who witnesses a murder and is chased by a ruthless killer. He heads to his dealer’s house, Saul Silver (James Franco), in spite of panic. After dragging his dealer into the mess, Dale Denton and new buddy are on the run.

Chock full of hilarious one-liners, tons of over-the-top comedic violence, and lots of cloudy smoke — yeah, you’re sure to get a second-hand high off of this slap-happy stoner comedy. Pineapple Express is the Citizen Kane of its genre. It’s the funniest comedy I have seen in ages. There’s plenty for the stoner crowd to savor, enough to satisfy action junkies, and it even works for the casual movie-goer as a warming buddy flick.

Is it audacious? Sure it is. There is one scene in particular where Dale and Saul sell dope on a school playground that is sure to stir up some controversy.

The film has a great director (David Gordon Green who directed Snow Angels) and a character soon to be inducted as a vintage in stoner history; Saul Silver ranks among the greatest (Spicoli, Chong, Kumar, ect.) and is equally funny. Unlike Judd Apatow’s previous work (Superbad and Knocked Up), this film lowers the profanity level yet it is much funnier. How about that? A film that doesn’t use profanity as a subject of hilarity. This is a good thing, Judd Apatow. Your work is finally taking a turn for the better. Maybe next time you can take notes from Seth Rogen and Evan Goldberg on writing a funny script that is light on profanity.

I don’t know if my stomach hurts because I busted a gut or because I ate too much popcorn. Either way, this is the most entertaining film of the year. The script is intelligently funny and the performances are priceless. If you’re not laughing every minute, you’ll be laughing every thirty seconds. There’s never a downhill for this movie.

A high, high recommendation for Pineapple Express. It’s an instant classic, a film equipped with non-stop laughs and and violent surprises. The kind of person who says “no” will probably still like this movie, but being familiar with the source material would help. 5/5 stars

Be sure to check out my mainstream review site-Blogcritics.org 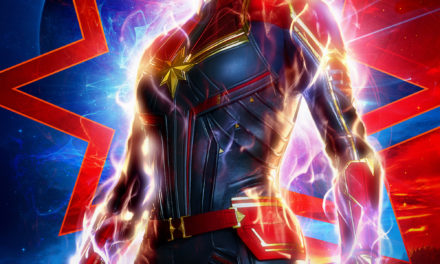