The four pevensies return in the long antacipated  sequel to The Lion The With And The Wardrobe. As well as the four main cast returning, a new host of cast return to join this compelling adventure. Ben Barnes plays naive and vengeful Prince Caspian who is the heir to the throne. Eddie Izzard also joins the cast as Reecicheep the swashbuckling and bloodthirsty mouse. However this has very string reference to “Puss In Boots” the character in the “Shrek” franchise. Favourites return such as Aslan voice by Liam Neeson and the villianous White Witch (Tilda Swinton) returns briefly in an attempt to re-enter the living world.

The film opens as telmarine prince Caspian is woken by his mentor Doctor Cornelius who informs the prince that his aunt has given birth to a boy, this means that Caspians life is in grave danger. Cornelius gives the prince Queen Susans magical horn which he intructs Caspian to use in dire need. Caspian flees into the woods with the telmarines in hot pursuit. Caspian falls off his horse and encounters 3 Narnians who save him. However Caspian is unsure whether they helping him so he blows the horn in need of aid. The pevensies are then transported back to Narnia and soon become aware that 1,300 years have passed in Narnia and a lot has occured. Their castle Cair Paravel was attacked and ruined, they then set off to discover what has happened. They save Trumpkin who sacrificed himself for Caspian. Trumpkin realises that the Pevensies are the Kings and Queens of Narnia. They then set off together, as this happens Lucy claims to have seen Aslan but no one believes her apart from Edmund. He says he didnt believe her the last time so he believes her this time.

Meanwhile, Nikabrik and Trufflehunter lead Caspian to the Dancing Lawn, where all the old Narnians have assembled, including the swashbuckling mouse Reepicheep, and a large number of centaurs, fauns, and minotaurs. There, Caspian convinces them to help him win his throne so that he can give them back their land. When Caspian and his troops encounter the Pevensies and Trumpkin, they journey together to Aslan’s How, a huge underground hall built over the Stone Table. From there, Peter suggests that they attack Miraz’s castle. Lucy suggests waiting for Aslan to give instructions, but Peter decides they have waited for Aslan long enough.

The Narnians succeed in raiding Miraz’s castle, but Peter calls for a retreat when he realizes that if they keep fighting, they will all be killed. Peter, Susan, Edmund, Caspian, and half of the Narnians manage to escape, but the rest are trapped by the closed gate and are brutally slaughtered. When they get back to Aslan’s How, Peter and Caspian, who are both guilty and upset over the loss of half their soldiers, have an argument about the attack on the castle, which almost culminates in a swordfight.

Later, Nikabrik, a hag, and a werewolf tell Caspian that they can help him claim his throne and guarantee Miraz’s death. The hag then uses black sorcery to summon the White Witch. From inside a wall of ice, the Witch tries to convince Caspian, who had not realized what Nikabrik’s true intentions were, to give her a drop of his blood in order to set her free. Peter, Edmund, and Trumpkin promptly arrive and dispatch Nikabrik, the werewolf, and the hag, and Edmund shatters the wall of ice before the Witch can be freed.

As Miraz and his army arrive at Aslan’s How, Caspian suggests that Peter and Miraz duel one-on-one under the condition of surrender, in order to buy Lucy and Susan more time to find Aslan. Miraz is forced to accept, as it would look cowardly to refuse to fight a boy half his age. Susan and Lucy, who are searching for Aslan in the woods, are chased by Telmarine soldiers along the way; Susan sends Lucy off and remains behind to deal with the soldiers, but she is soon rescued by Caspian and the two return to the battlesite. Peter is able to wound Miraz, but gives his sword to Caspian to finish him off. Caspian, who cannot bring himself to do it, spares Miraz’s life but says that he intends to give Narnia back to its people.

Lord Sopespian suddenly stabs and kills Miraz with one of Susan’s red-feathered arrows and blames the Narnians for shooting Miraz. The Telmarine cavalry charges while the troops use their trebuchets at Aslan’s How. The Narnians try several tactics, including collapsing underground tunnels underneath the army, and sending griffins overhead with archers in their claws. In a desperate move, they charge head on. Lucy, meanwhile, finds Aslan in the woods; he awakens the trees that have been in a deep sleep: with the whole forest suddenly attacking the Telmarines, Lord Sopespian orders to retreat to a bridge, where they are confronted by Lucy and Aslan. Aslan summons the river god, which destroys the bridge and wipes out the majority of the Telmarine army including Sopesian; all of the surviving Telmarine soldiers surrender and hand over their weapons, while the Narnians are honored for fighting well.

Before the Pevensies depart, Peter and Susan declare, much to Caspian, Edmund, and Lucy’s dismay, that Aslan has told them they will never return to Narnia. Aslan explains that Susan and Peter have gained everything they could possibly gain from their experiences in Narnia and are no longer needed there. Susan and Caspian share a kiss, knowing they will never meet again. The Pevensies then go back to England, leaving Caspian as King of Narnia.

Overall I think the film lived up to expectations from the prequel. It is much more dark and action packed the the first instalment and also has lots of unexpected twists which adds to the adventure. An amazing story transformed into an amazing film. A must see film of the summer. 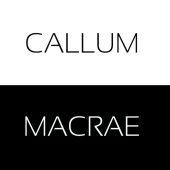 My name is callum macrae I am 16 years old. I plan to go to Oldham Sixth Form to study Business, Psychology, Applied Science. I have wrote a few reviews already on different sites and people found it very useful.