The best way I can start this review is by saying GO SEE THIS MOVIE!!! I have seen it FOUR times now.  Yes, I am a bit of a batman fanatic, as I grew up with the TV cartoon series, and yes Joker is my favorite villain, and let me tell you Heath Ledger does NOT disappoint.  That being said, this movie definitely contains a horror twist to it, so I would not recommend it to those who are easily scared, a.k.a. younger children.  When I saw the movie the second and third time, many of the children excused themselves from the theater during certain scenes.

As for the review of the movie: we visit Batman a year later after he has now fought many of the criminals of Gotham City and is near victory.  As the crime rated continues to drop, people such as Harvey Dent and Lt. Jim Gordon are beginning to sweep up in the aftermath and rebuild Gotham.  However a new criminal, the infamous Joker(Ledger), appears on the scene and through his own cynical mind creates havoc and mayhem preventing Batman and city officials from reaching their goals.  Whether a long time fan, or new the acting of Heath Ledger, viewers will not be disappointed as they peer into the mind of such a witty and creative villain.

This movie does a great job of focusing on the Joker and many of the minor characters and I believe that is why there are such mixed reviews about this movie.  This movie is drawing in millions of dollars, yet many reviews complain about how fast paced the movie is and how some of the plots are confusing.  I believe the director, and I could be wrong, took a bit of a different direction with this movie and one that audiences were not expecting.  As we left Batman in “Batman Begins”, we witnessed the change Bruce Wayne under went from the novice crime fighter to the Dark Knight we know through the comic books.  In “The Dark Knight” I believe Christopher Nolan wanted to show some of the sub plots of the movie, focusing on characters such as James Gordon, the Joker, and others.  If done correctly, I think this could lead to another great movie in the Batman installation.

One thing that I do love about movies is the music.  And Batman: The Dark Knight has some great background music adding to the suspense and thrill of the movie.  While not a soundtrack someone may want to go buy or download, it is definitely one that entices viewers to stay on the edge of their seats while watching the movie.

I would give this movie 4 ½ stars.  Reason being while I loved the acting (especially Heath Ledger’s acting, as the Joker is my favorite villain) and music, I do believe the plots and subplots were a bit confusing, which lead to the movie being a bit more distracting than entertaining in the beginning. 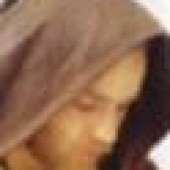 Pirates of the Caribbean: On Stranger Tides