You are in a darkened hallway on the second floor of a New England mansion. You are dressed in only a nightshirt and underwear, because you were awakened by a scratching noise coming from the attic above your room. It is storming outside, lighting flashes every few minutes, and rumbling thunder echoes throughout the house and throughout your bones. You have a flashlight in hand, because the storm has knocked over a power line somewhere, and you now have to suffer for it.

You make your way down the hallway; worn, wooden planks creak under your bare feet. The noise causes you to wince, and pause a moment, listening again for the scratching from upstairs. The staircase that pulls down from the ceiling is opened and waiting for you. You put your foot on to the first step, and you cry out. There is a sticky wet substance on the stairs, leading into the darkened abyss above you.

Or perhaps the house is in the Deep South, or maybe in California somewhere. You could be exploring a basement instead or maybe a wing of a library or hospital, or a cabin at your summer camp. You could be an older man, or a teenage girl. Regardless of setting or characters, you are most likely in a horror movie.
I’m not quite sure the attraction people have towards scary stories and scary movies. I’m sure there are many psychological essays I could read on the subject. The basic reason I can see is the adrenaline high viewers experience when a masked man brandishing a chainsaw or a ghost pops out at the main character. Viewers react differently. I hug my stuffed frog or Scooby-Doo, my best friend chirps and covers her face, and my little brother cracks a joke. Movie goers seek out different types of horror films. Some prefer the serial killer series with Jason, Freddie, or Sydney Prescott. Others enjoy monsters and ghouls like Dracula, Swamp Thing, the girl in the Ring, or It. I personally make it a goal to watch any ghost movies I can find, in the hopes of finding one that adequately creeps me out. So far The Others and What Lies Beneath are the most successful for me.

I do not believe there are enough ghost films. There is an abundance of novels about ghosts. R.L. Stine, for instance, is a genius at writing juvenile horror novels. There are many, many short stories focusing on Victorian ghost stories, where the soul or a slice of soul of a person who passed away is forever trapped in this world, maybe recreating their deaths, or maybe simply making the new tenants of their homes miserable. I would describe these stories as eerie. Most Victorian ghosts are not capable of hurting people still living, unlike monsters, poltergeists or Asian ghosts. Instead, the ghosts hover around, scaring passers-by. I see eerie ghost movies as more successful horror experiences than a blood fest like The Hills Have Eyes or I Know What You Did Last Summer. There is much speculation over whether or not apparitions exist, many believe, many don’t. However, serial killers and killer clowns are much less prevalent. If a movie-goer leaves a ghost movie and walks to his car, then sees a flash of white out of the corner of his eye, it could quite possibly be a ghost on his tail. Meanwhile, if he leaves a slasher film and notices the same car following him or over ten miles, he may think it’s a serial killer, but how likely is that assumption?

Music plays a large role in horror films. Jaws is a prime example with the low staccato notes cueing it viewers to an inevitable attack. While watching The Grudge, viewers know immediately when something is about to spring out at them because the music either swells, or almost disappears. What would happen if a horror film disregarded the crutch of music? What if the audience was taken by complete surprise when the little girl’s ghost appears in the mirror? Or if the cheerleader gets her throat cut in the locker room shower? It would change the horror movie watching experience.

The most annoying aspect of horror movies is the lack of character development. The filmmakers expend the majority of their energy on developing unique twist endings, disgusting and disturbing mis-en-scene, and exotic settings, but the characters go wanting in personalities and sympathy. The characters in Nightmare on Elm Street or Friday the 13th are barely introduced; the movie simply starts with characters we do not even care about, who start to get killed. The gore that accompanies the murders is the only thing to involve the audience.

With more focus on characters and the changes they experience, the audience will not be forced to depend on a hackneyed, cliché plot to carry the film, but will enjoy watching the character reactions and growth instead. How are audience members supposed to sympathize with a character slain by a serial killer or monster, or plagued by a ghost, if they do not know the character’s feelings or personalities?

The genre of horror in film is very prevalent; there are ghosts, mutants, zombies, vampires, and murderers. The films have the ability to make the most mundane, everyday tool, such as a shed or a mirror or a kitchen knife, a symbol of evil. For nearly a month after I watched Ringu, I avoided dark television screens for fear of the ghost appearing in the glass. I still shy away from mirrors in the dark because of the Bloody Mary story. When I watch What Lies Beneath at my mother’s house, I avoid the bathroom with the claw-foot tub, on the off chance that a ghost has filled it up with steaming hot water. Miniscule details of horror films stick with us long after the plots of the films fade away. I am still wary of sleeping in rooms with treadmills since watching Arachnophobia when I was about seven years old, and that was a horror comedy!

Dance of the Dead!!! 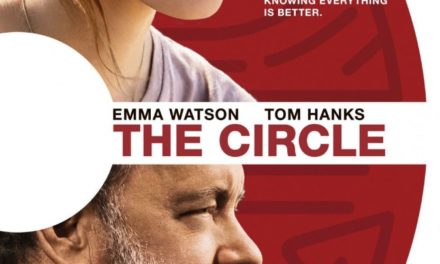